The reasons for the protest week& Present status of the committees.


You are aware FNPO and its affiliated unions have decided to observe protest week from 12th to 19th December 2016.


The reasons for the protest week:

On 30th June 2016 & 06th July 2016 Group Of Ministers called our NJCM leaders and gave assurance that a High-Level Committee will examine the 7th CPC issues, mainly the Minimum Wage and Multiplying Factor. Based  on the assurance, the JCM Constituent deferred the Strike action on 06th July 2016.


Accordingly, the following committees were constituted .


1)  Committee to examine the 7th CPC issues mainly the Minimum Wage and Multiplying Factor: The committee met once and the outcome of the meeting not known.

2)  Allowance Committee: Met once they discussed HRA & other allowances, but no commitment from the official side. Committee chairman conducted the meeting with all Departments. On 03/11/2016, a meeting was conducted under the Chairmanship of Finance Secretary & Secretary (Expenditure) with regard to postal department. During the meeting India Post Chairman, Postal board, Member (P), DDG (Esst.), DDG (P) & Director (Esst.) were present. Secretary Generals of the three Federations represented the staff side.

After a long discussion on the revision of above allowances, the Finance Secretary  asked to furnish the quantum of Fund required by the Department of Post to meet the Expenditure. Our departmental officers who were present at the meeting agreed to give the required fund details. According to our information, our department has sent the details to the Finance Secretary.
Let us hope that Finance Ministry will agree to our Departments proposal.
3) Anomaly committee was constituted department vice.
4) NPS Committee: According to our information the committee is constituted but no official information.


5) Pension option committee: To examine the feasibility to implement option -1


Now four months have lapsed, we are yet to know the committees decision on the issues of Minimum Wage, Pay Fixation Formula, Allowances and National Pension system (NPS) etc. as on date
. Besides these, after implementing the 7th CPC (only pay), the Government is accepting all the recommendations affecting the employees one by one such as the benchmark for MACP from “GOOD” to VERY GOOD” which has created unrest in the minds of every employee.
FNPO cannot be a mere silent spectator after reading the employees mind, therefore FNPO and its affiliated unions have decided to observe protest week from 12th to 19th December 2016.
We request all Divisional / Circle secretaries to go through the programs and make it a grand success.

Changes in the programme.


Observance of Protest week from 12th to 19th December 2016 by FNPO affiliates.﻿Click the above link to view details.

30/11/2016
Changes in the programme.
Observance of Protest week from 12th to 19th December 2016 by FNPO affiliates.﻿Click the above link to view details.

Departmental council meeting will be held on 20/12/2016 formal notification is expected soon. 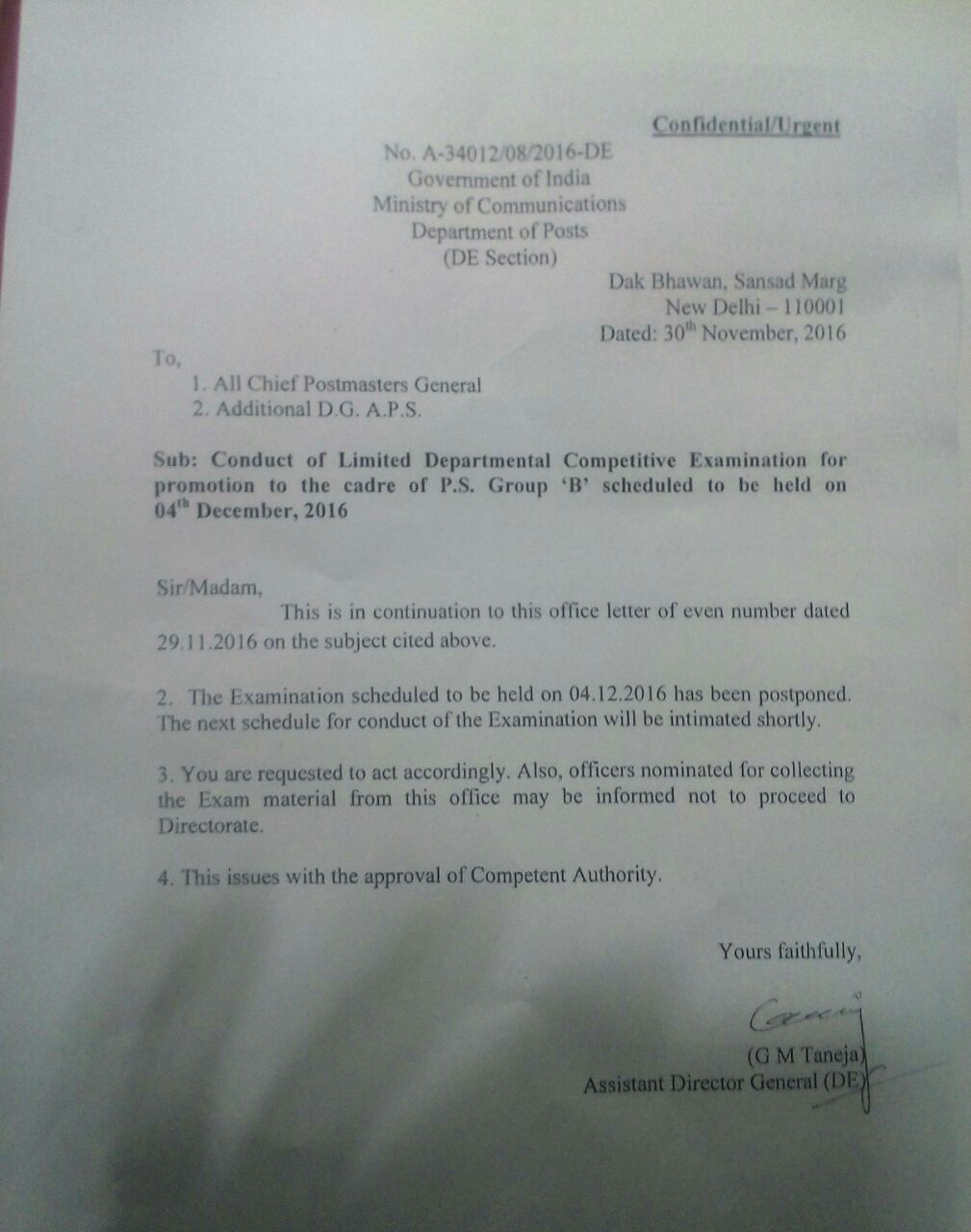 Standard operating procedure regarding legal cases where the Central Vigilance Commission has been made respondent along with the organizations concerned.