1)With decline in document shipments, e commerce is our department’s new focus,” a top official at the Department of Posts, told ET.﻿
Click the  below link﻿ for details ﻿
India Post targets 50-fold growth in e-commerce revenue﻿
2)E-MAIL POLICY OF GOVERNMENT OF INDIA CLICK HERE3)Extension Ad-hoc Recognition of Service Association of employees of N/S Departmental Canteens/TRs of Central govt. Offices under CCS (RSA), Rules 1993 –regarding Click the  below link﻿ for details
http://ccis.nic.in/WriteReadData/CircularPortal/D2/D02adm/XXX.pdf
4)Minutes of the 26th meeting of Standing Committee of Voluntary Agencies (SCOVA) held on 03rd February, 2015 under the Chairmanship of Hon'ble MOS (PP).
Click the below link ﻿ for details 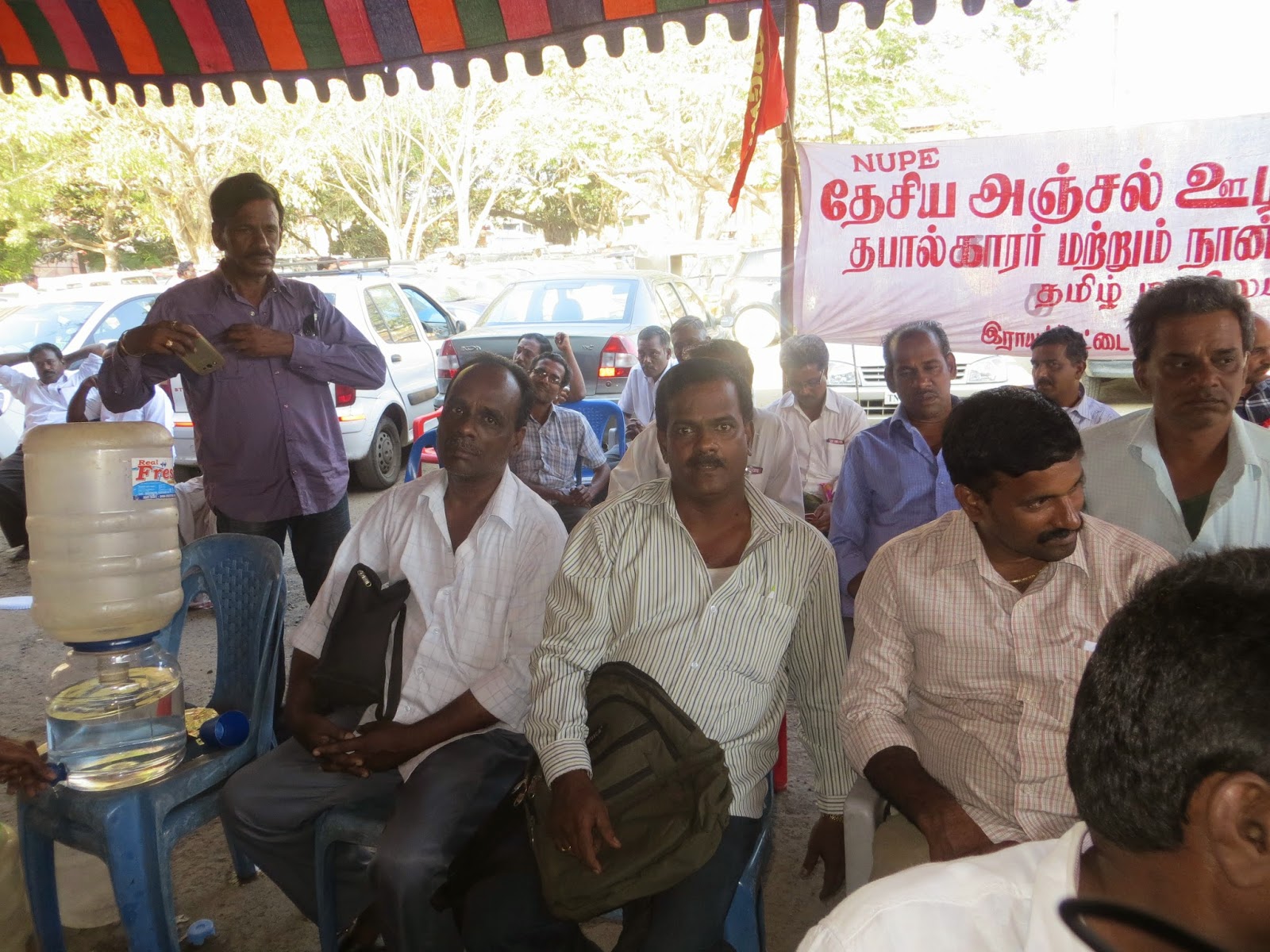 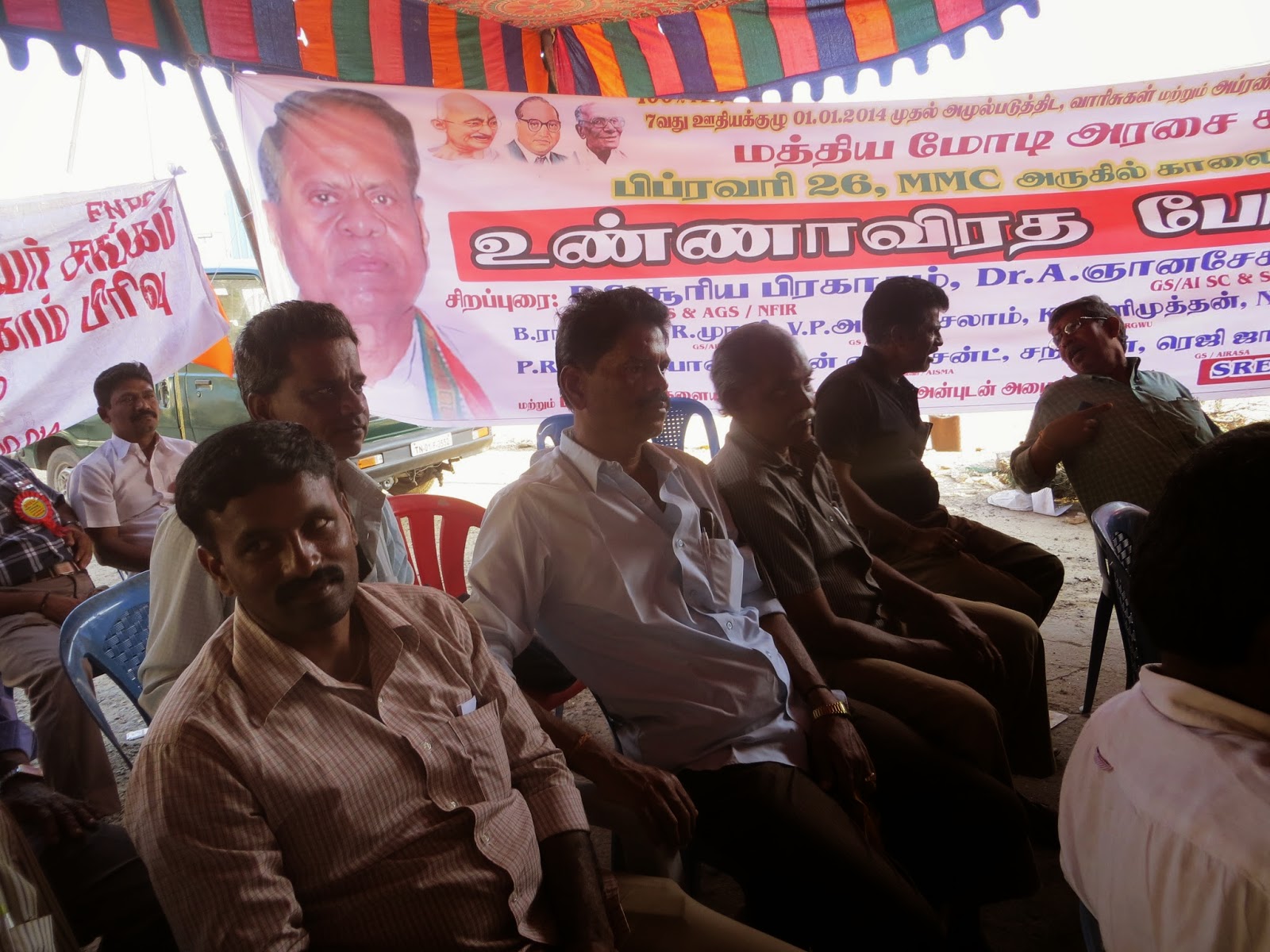 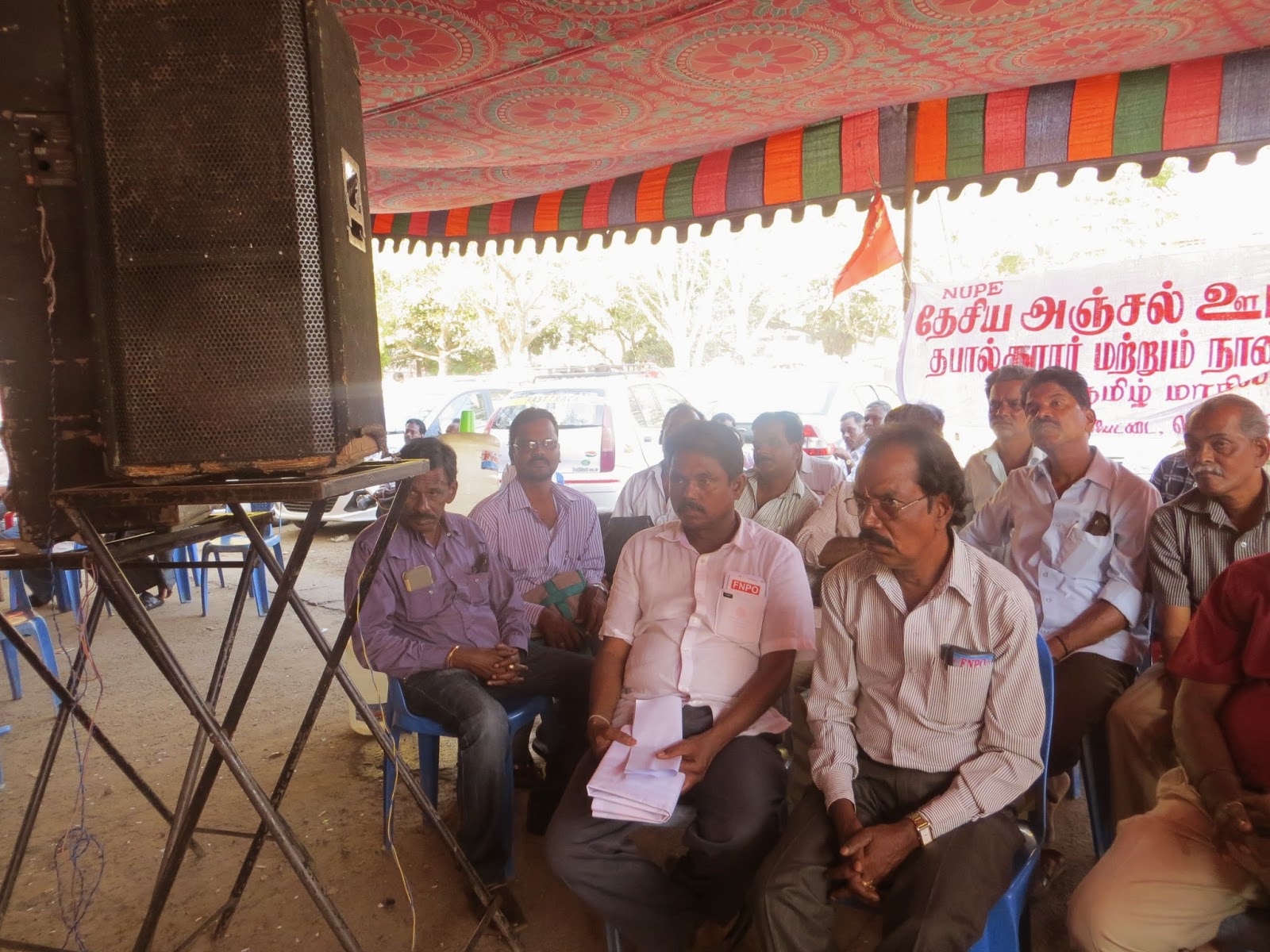 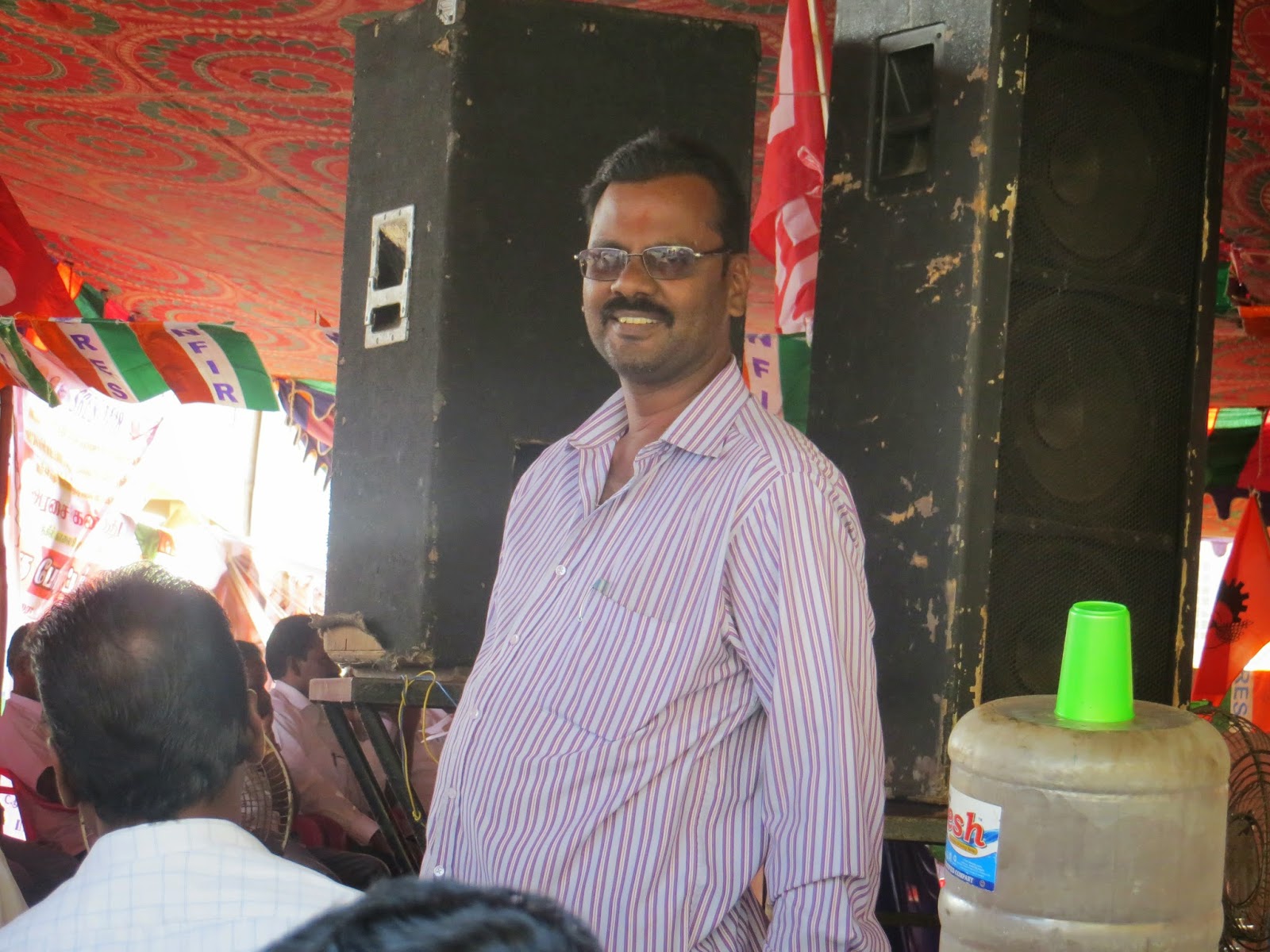 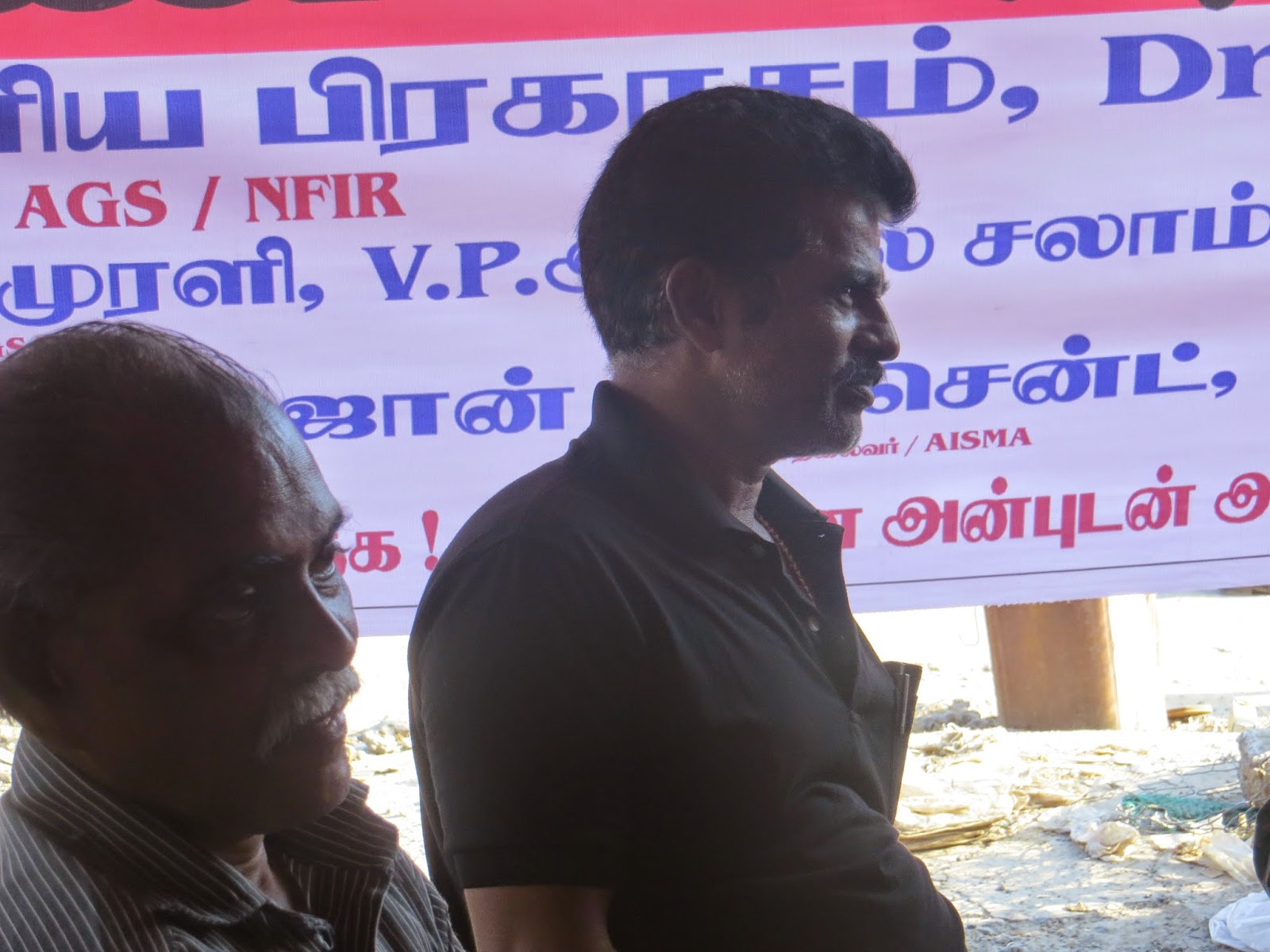 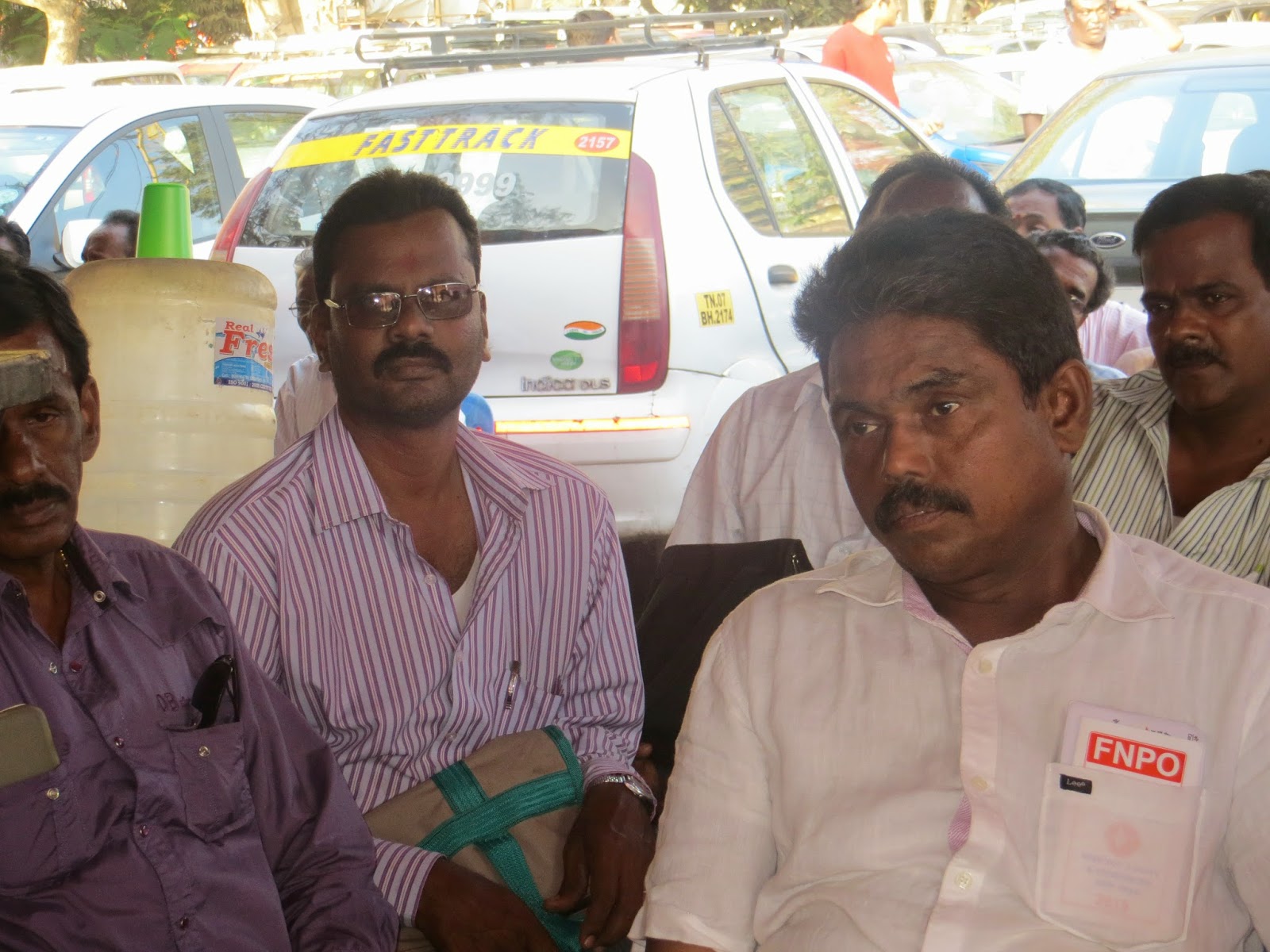 The Seventh Pay Commission is expected to submit its recommendations by August and it has been asked to look at the issue of raising productivity and improving the overall quality of public services in the country. 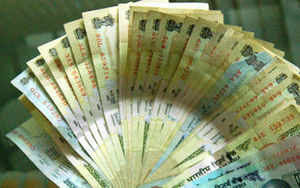 NEW DELHI: The 14th Finance Commission has suggested linking pay with productivity with a focus on technology, skills and incentives, a move aimed at raising the productivity of government employees.

The panel has recommended that in future additional remuneration be linked to increase in productivity.

The Seventh Pay Commission is expected to submit its recommendations by August and it has been asked to look at the issue of raising productivity and improving the overall quality of public services in the country.

The Sixth Pay Commission had also said that steps should lead to improvement in the existing delivery mechanism by more delegation and de-layering and an emphasis on achieving quantifiable and concrete end results. Emphasis is to be on outcome rather than processes, it had said. The earlier Pay Commissions had also made several recommendations to enhance productivity and improve administration.

The 14th Finance Commission's recommendations assume significance at a time when the Narendra Modi government has focused its attention to improve the delivery of public services and is taking steps to use technology to improve efficiency.

The Union government has taken several steps to shore up the bureaucracy and has changed the way attendance is measured in government offices.

"Further we recommend that Pay Commissions be designated as Pay and Productivity Commissions with a clear mandate to recommend measures to improve productivity of an employee," said the 14th Finance Commission headed by former Reserve Bank of India Governor Y.V. Reddy.

The Reddy panel said productivity per employee can be raised through the application of technology in public service delivery and in public assets created.

"Raising the skills of employees through training and capacity building also has a positive impact on productivity. The use of appropriate technology and associated skill development require incentives for employees to raise their individual productivities," the Reddy led panel said.

"A Pay Commission's first task, therefore, would be identify the right mix of technology and skills for different categories of employees. The next step would be to design suitable financial incentives linked to measureable performance," the panel said.

An internal study by the Commission showed that the expenditure on pay and allowances (excluding expenditure for Union territories) more than doubled for the period 2007-08 to 2012-13 from Rs 46,230 crore to Rs 1.08 lakh crore.

The JCM Staff Side delegation met the Chairman, Seventh Central Pay Commission, 25/02/2015 at 11:00 hrs. The detailed report as follows…
i. Merger of DA with Pay and grant of Interim Relief :-
The JCM Staff Side insisted that the Pay Commission should consider Staff Side memorandum submitted in the month of June 2014 and recommend DA merger. The Chairman, 7th CPC replied that there is no communication from the Government of India to give interim report on DA merger demand. After discussion, the Chairman 7th CPC has decided to send D.O. letter to the Government today conveying the strong protest of Staff Side/JCM.
With regard to grant of Interim Relief, the Chairman heard the point of view of the Staff Side JCM that it is only “provisional payment in view of market situation and urged upon the Commission to send suo-moto recommendation to the Government.
ii. Allotment of time slots for explaining the case of Central Government Employees as well ‘ Departments like Railways, Postal, Defence (Civil side) etc.,
The Chairman suggested that small committees may be constituted by the Staff Side for meeting the Pay Commission for deliberations and enough time will be given. He also said that the Memorandums given by JCM, Federations/Unions/Associations have been gone into by the Pay Commission fully. He further said that VII CPC will meet the teams from each department and hear their proposals.
Responding to this, the JCM Staff Side has agreed to make out the proposal for the purpose of facilitating the Pay Commission to hear the views/submissions of the Federations/Unior/Associations. The deliberations may commence somewhere after 15th March, 2015. Staff Side JCM will prepare time schedule proposal and send to Pay Commission accordingly.
iii. Gramin Dak Sewaks – The case was explained. The Pay Commission was suggested that the copy of Supreme Court Judgment may be made available for examination.
On behalf of NFIR S/Shri M.Raghavaiah (JCM Staff Side/Leader), Guman Singh, R.P.Bhatnagar and B.C. Sharma have participated in the meeting.
sd/-
(Dr M.Raghavaiah)
General Secretary
Source: NFIR 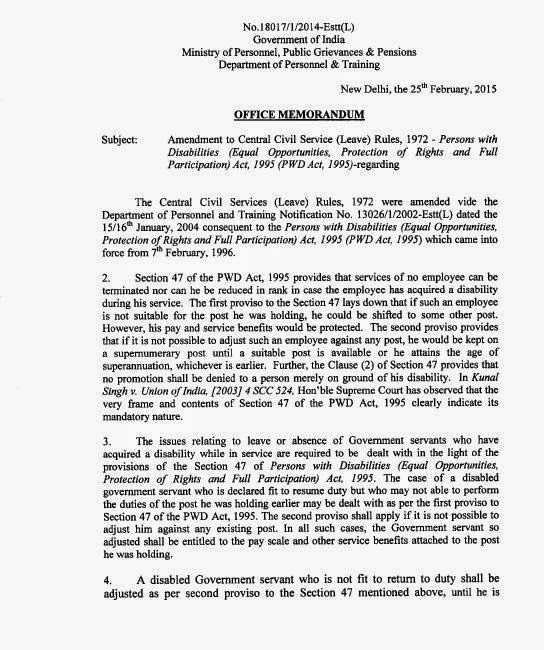 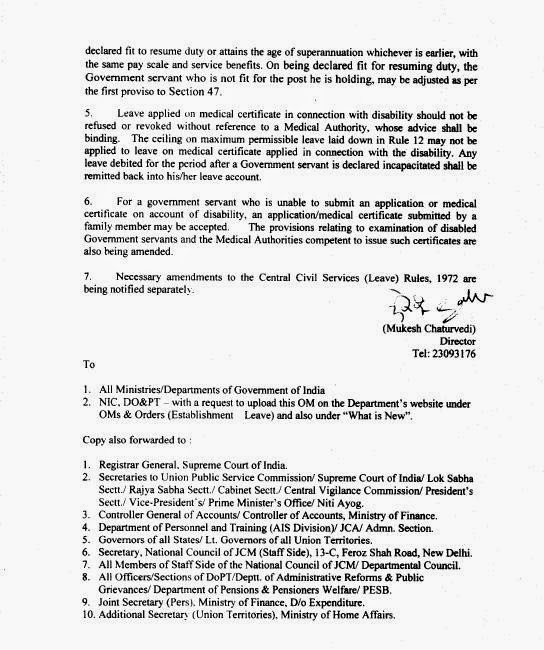 Definition of a Dependent Family Member : 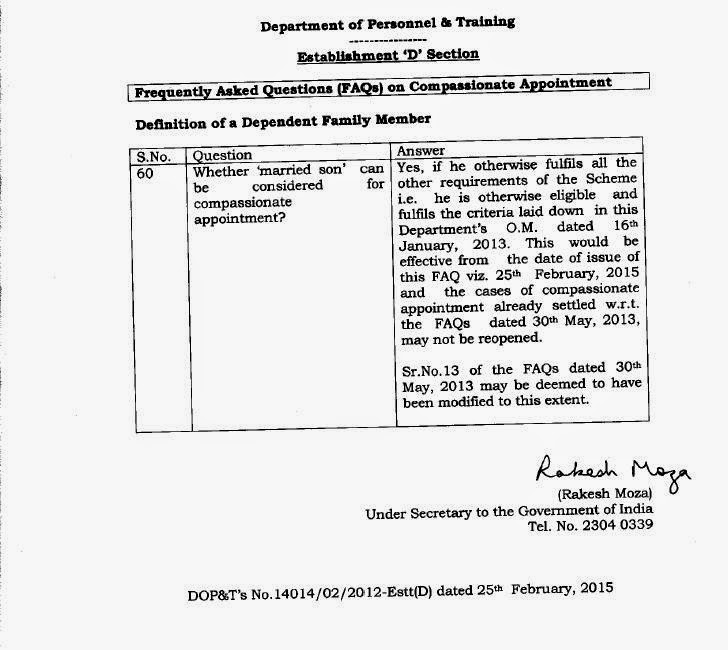 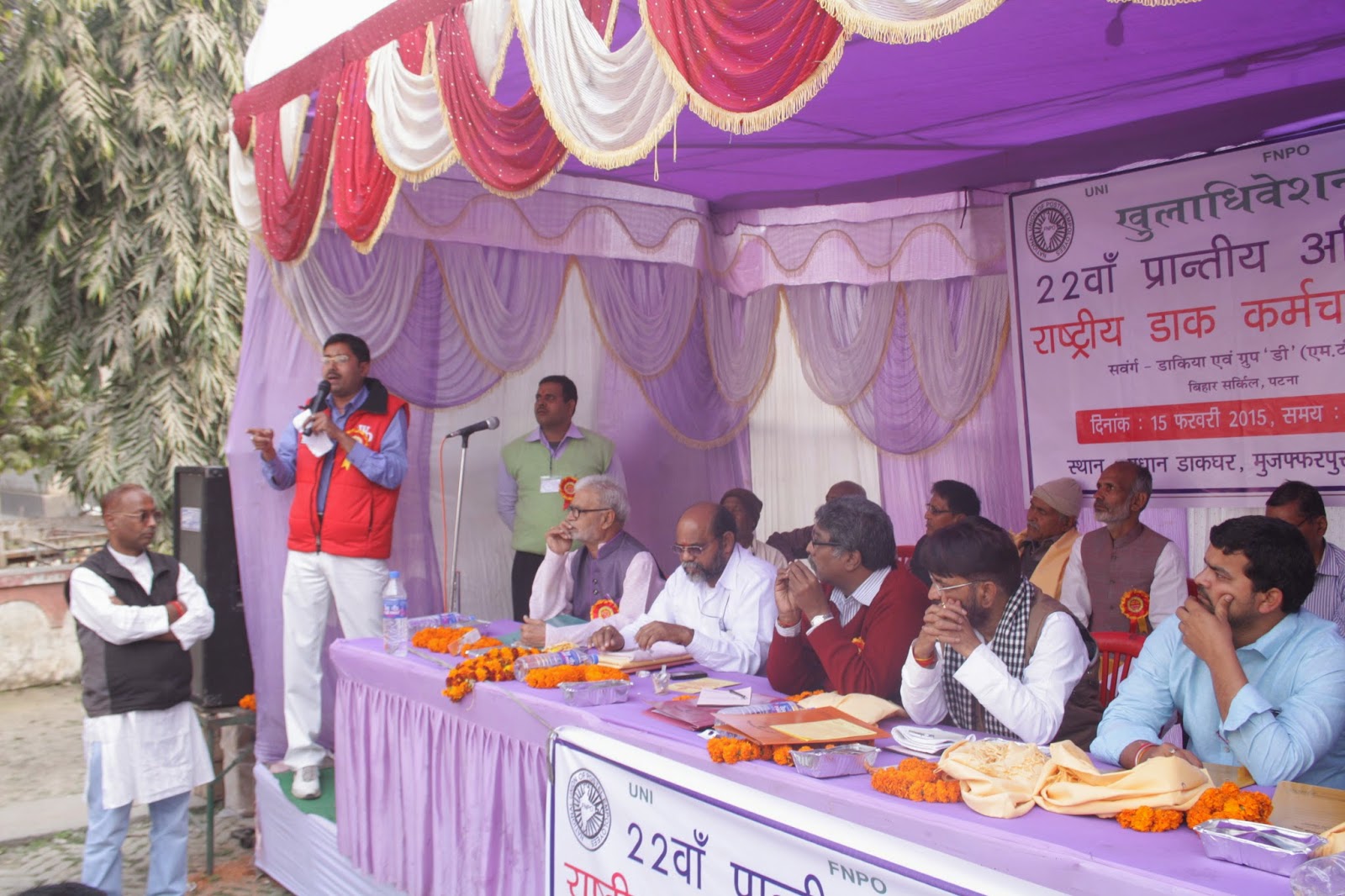 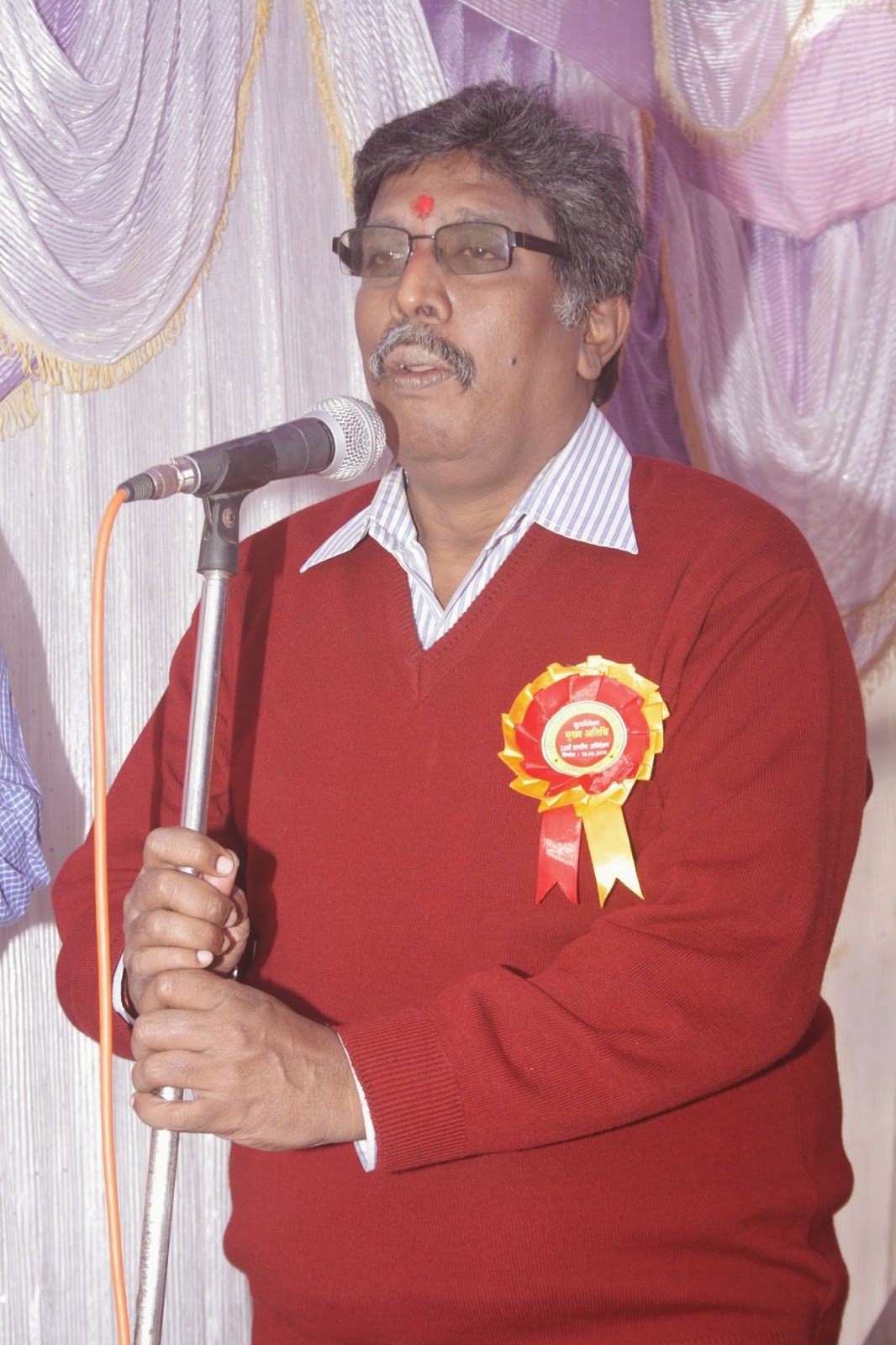 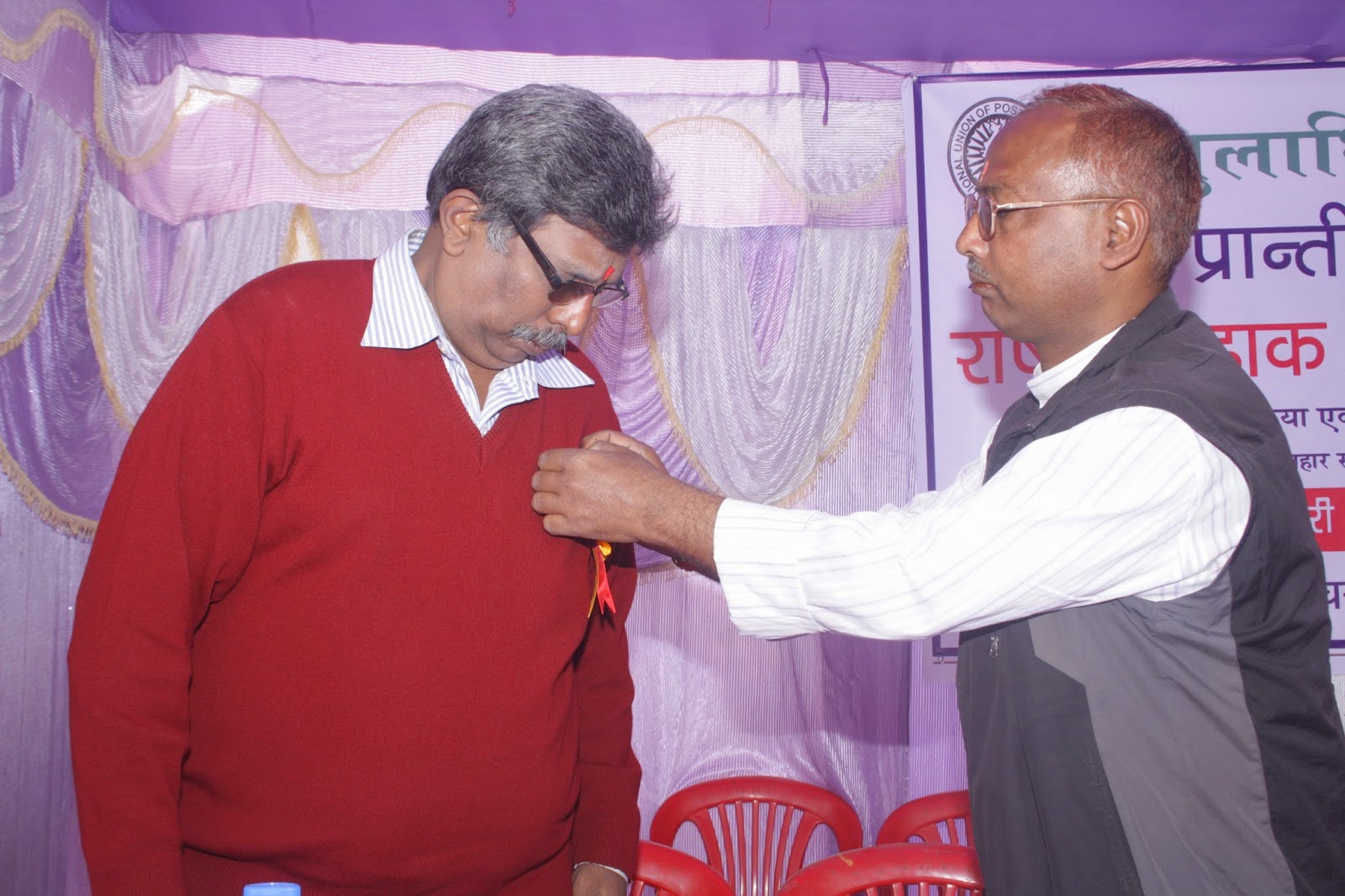 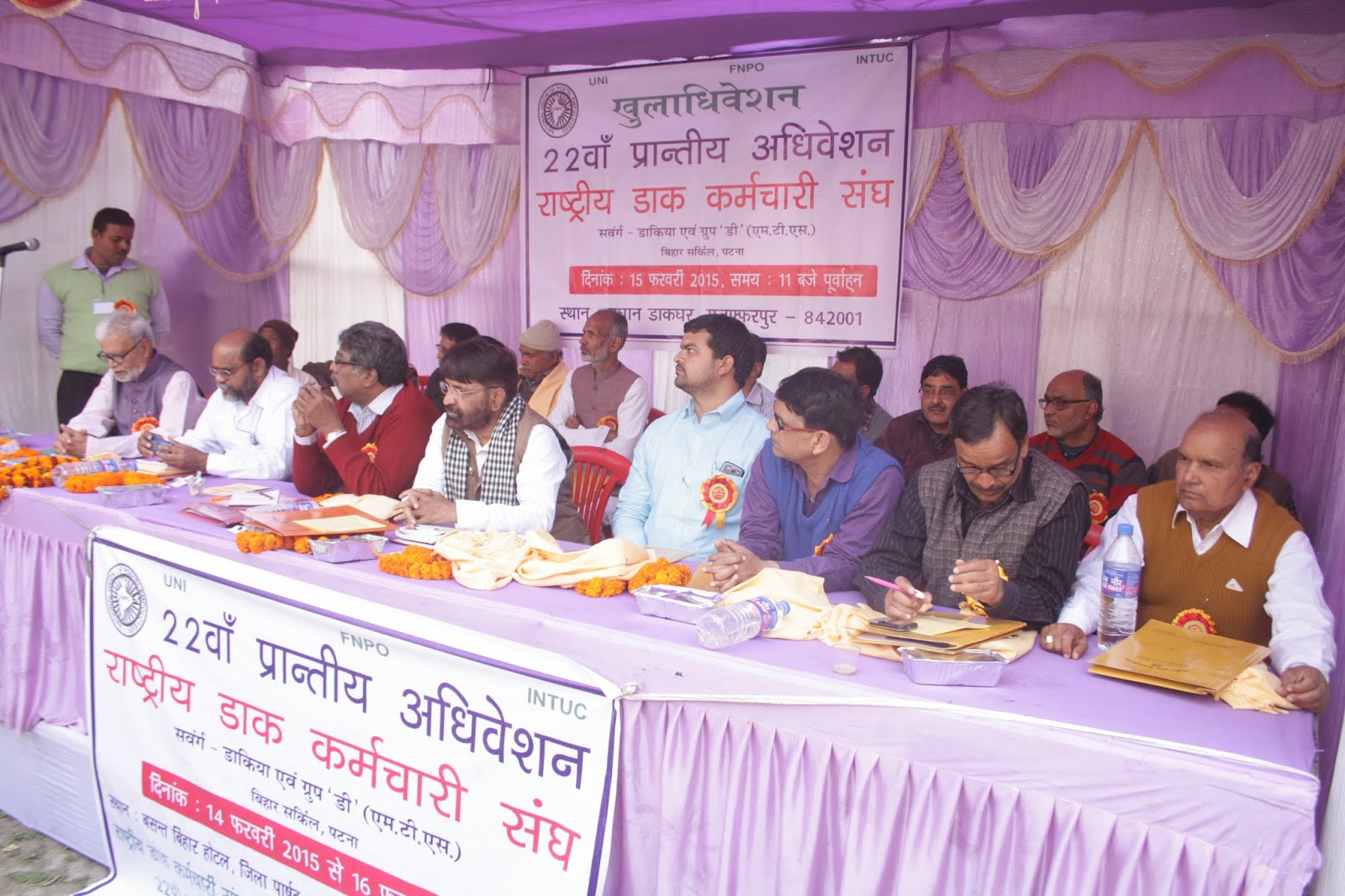 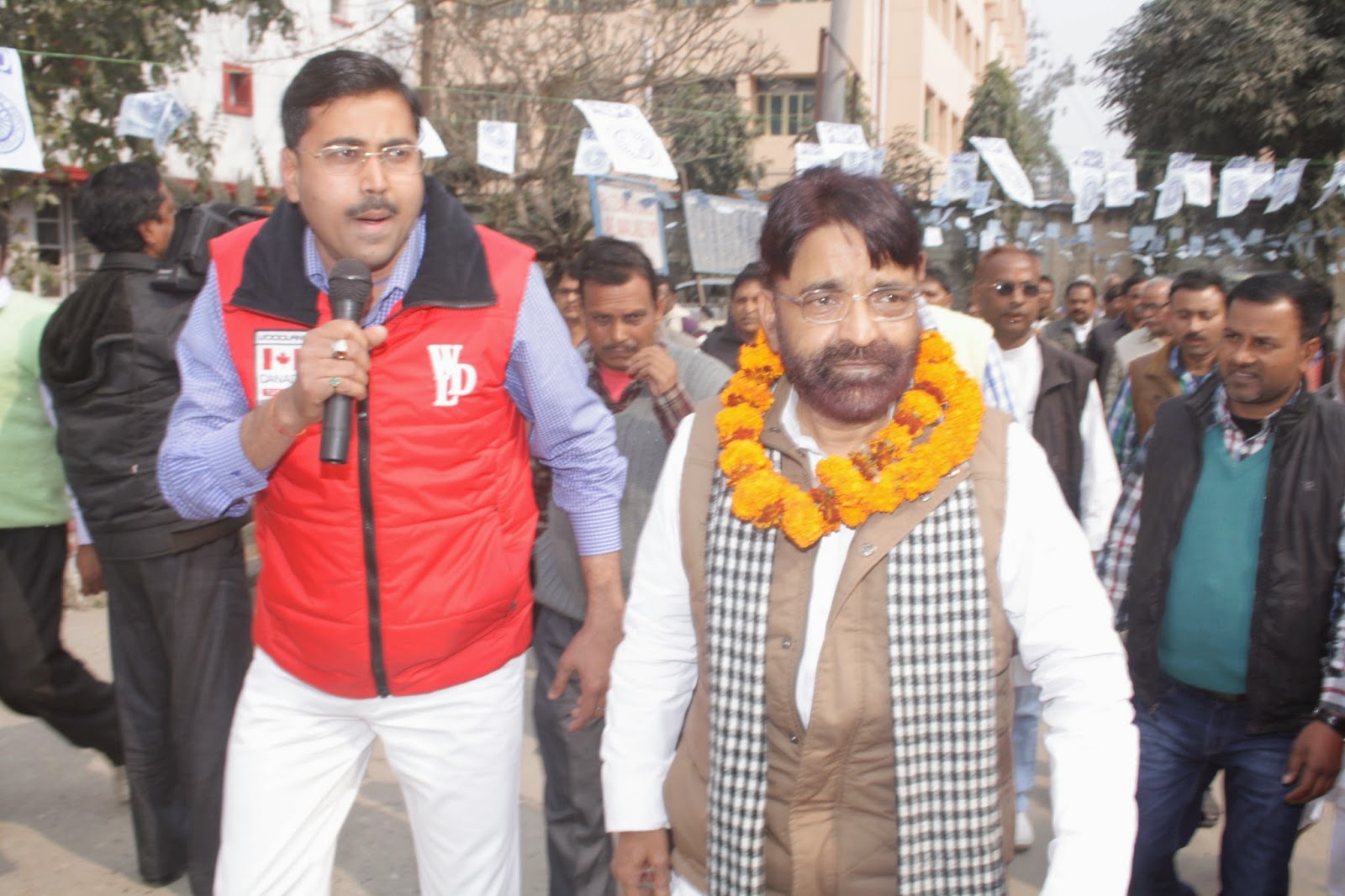 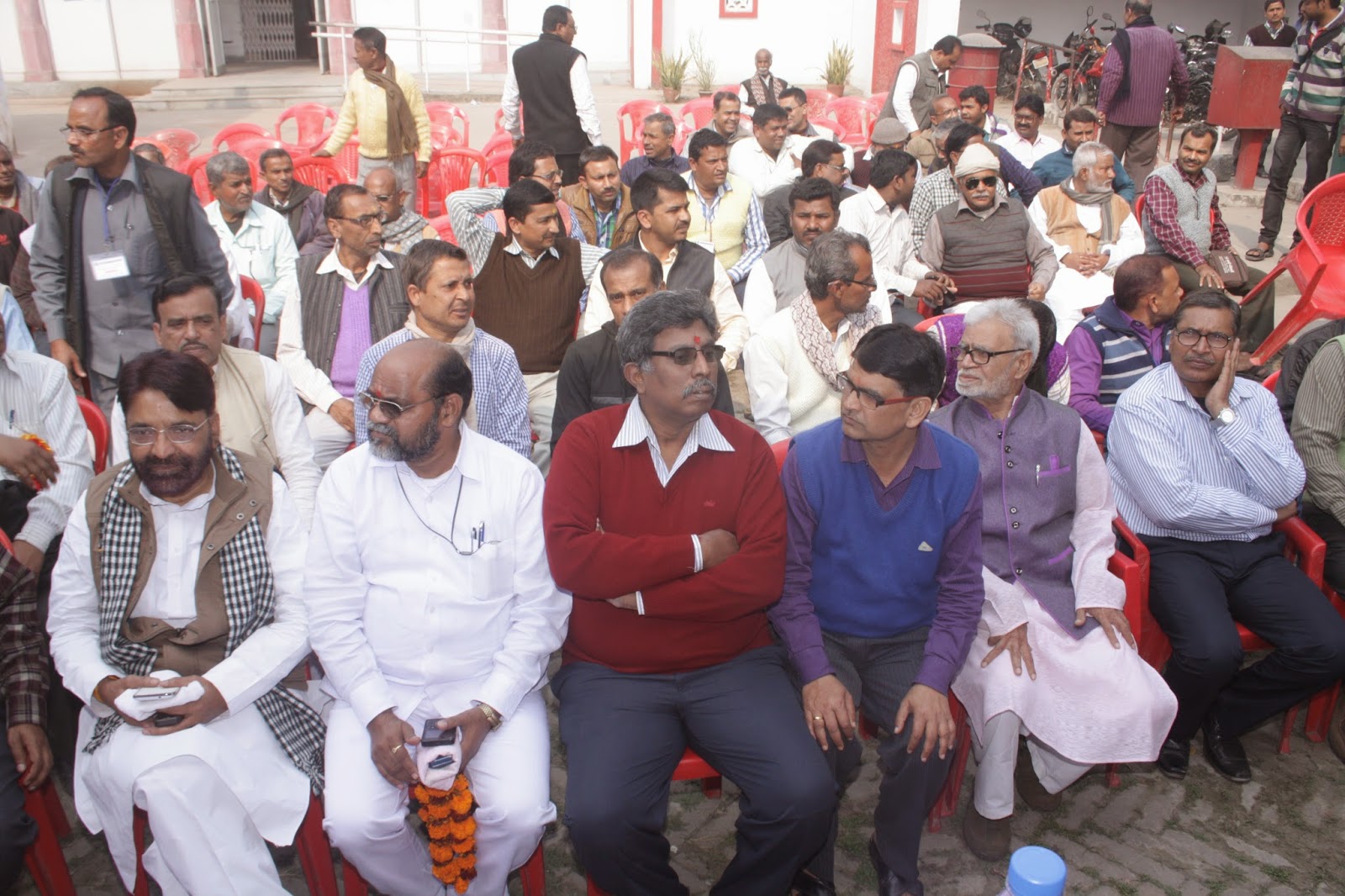 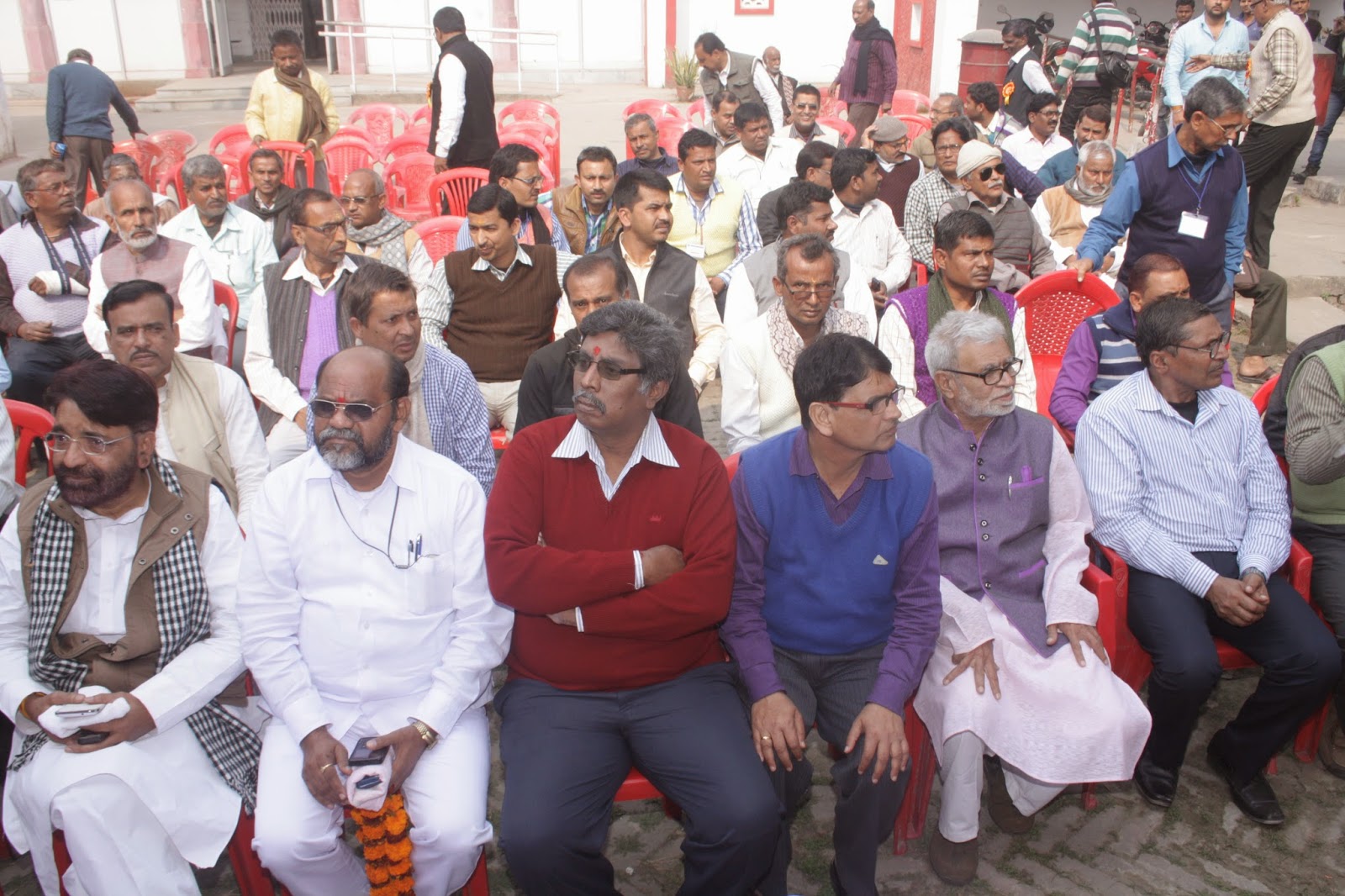 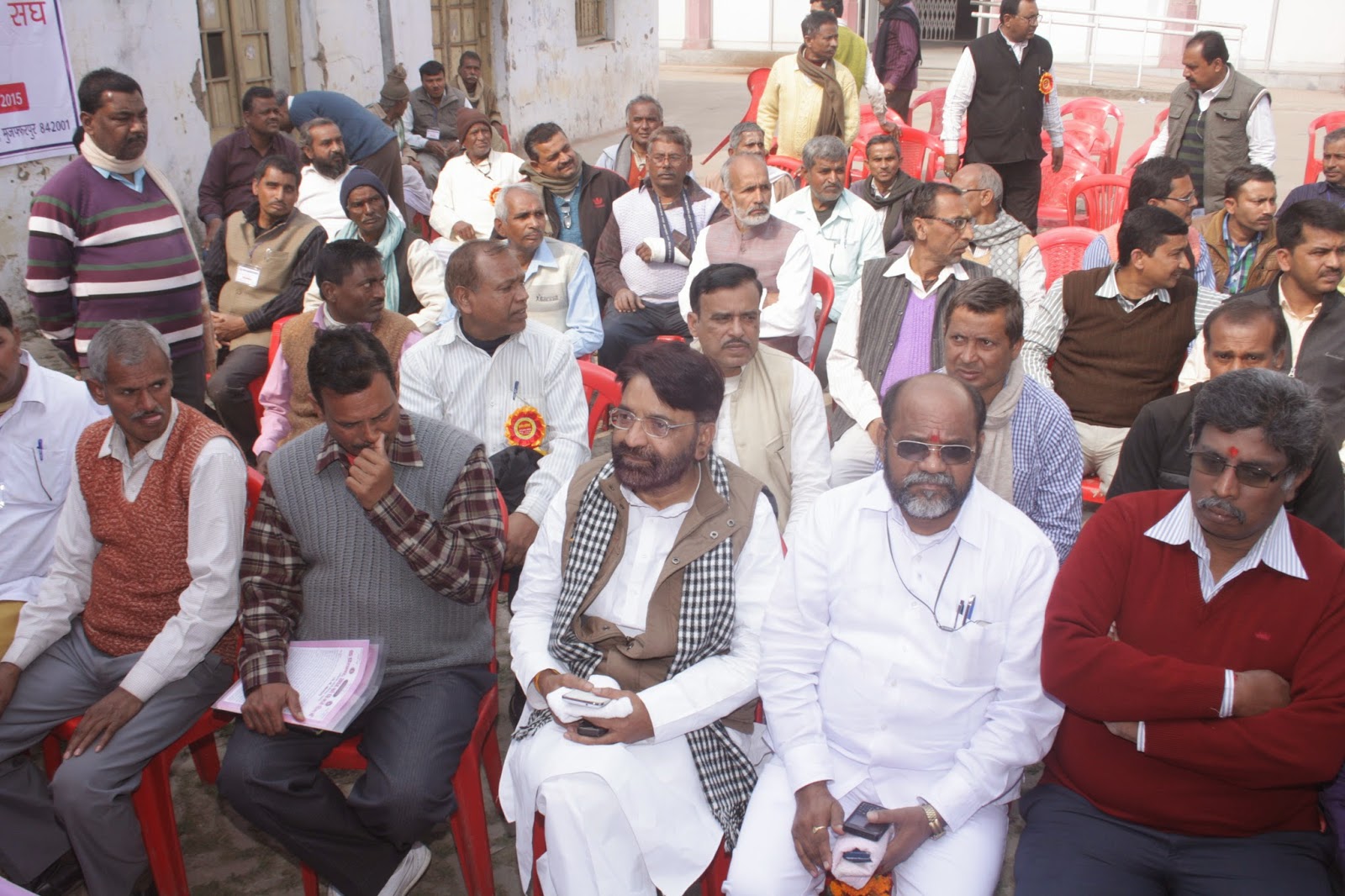 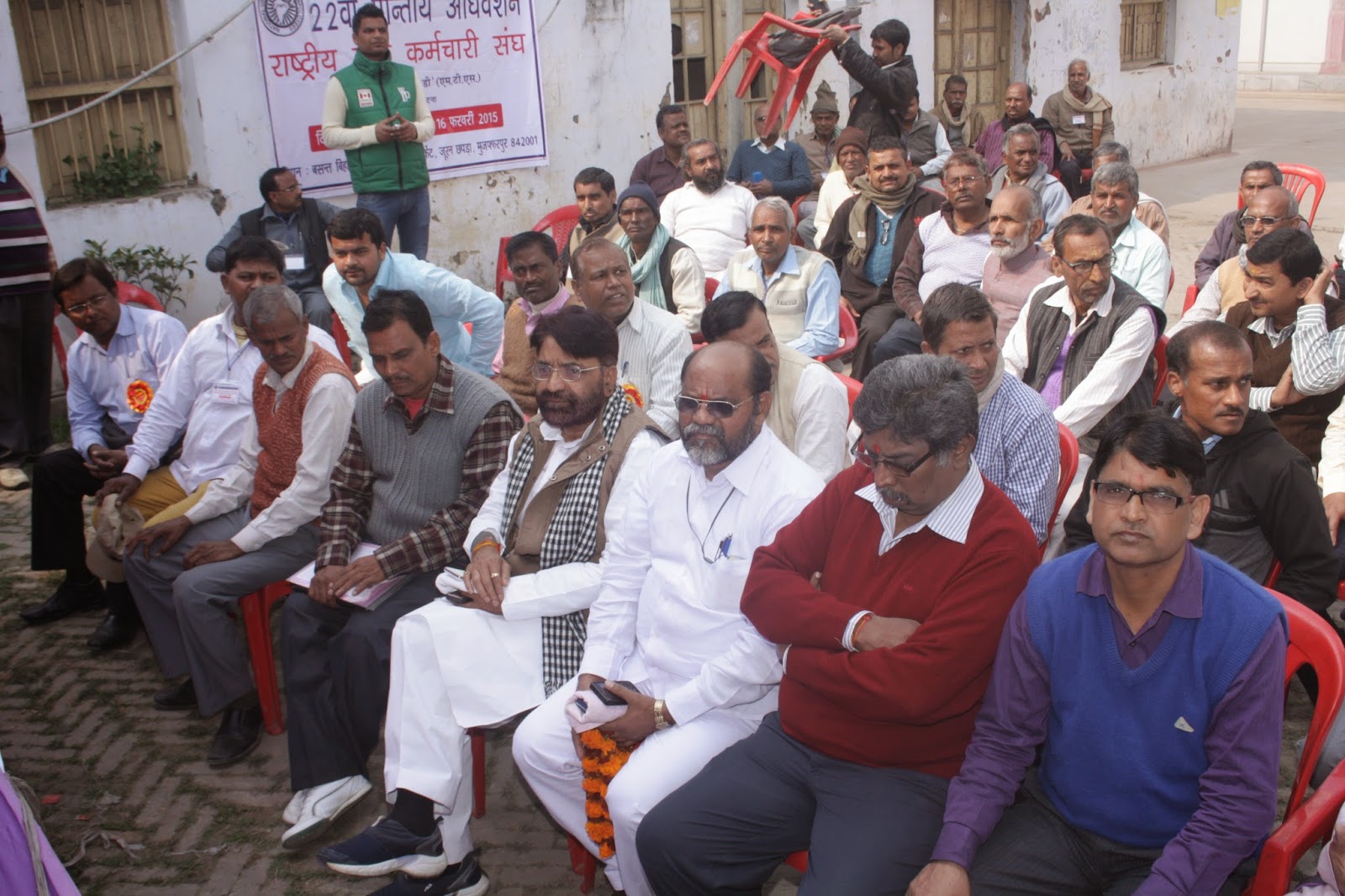 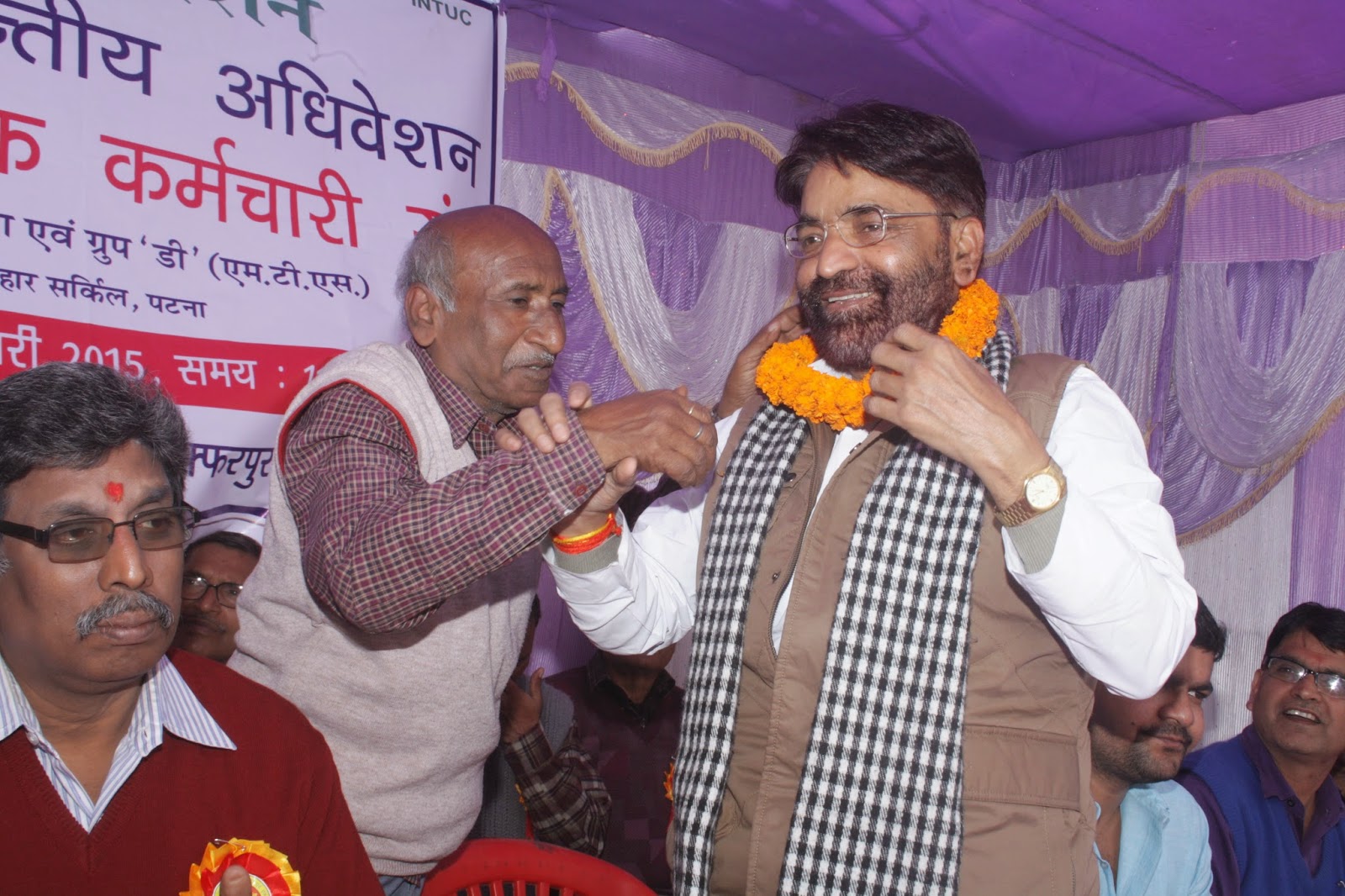 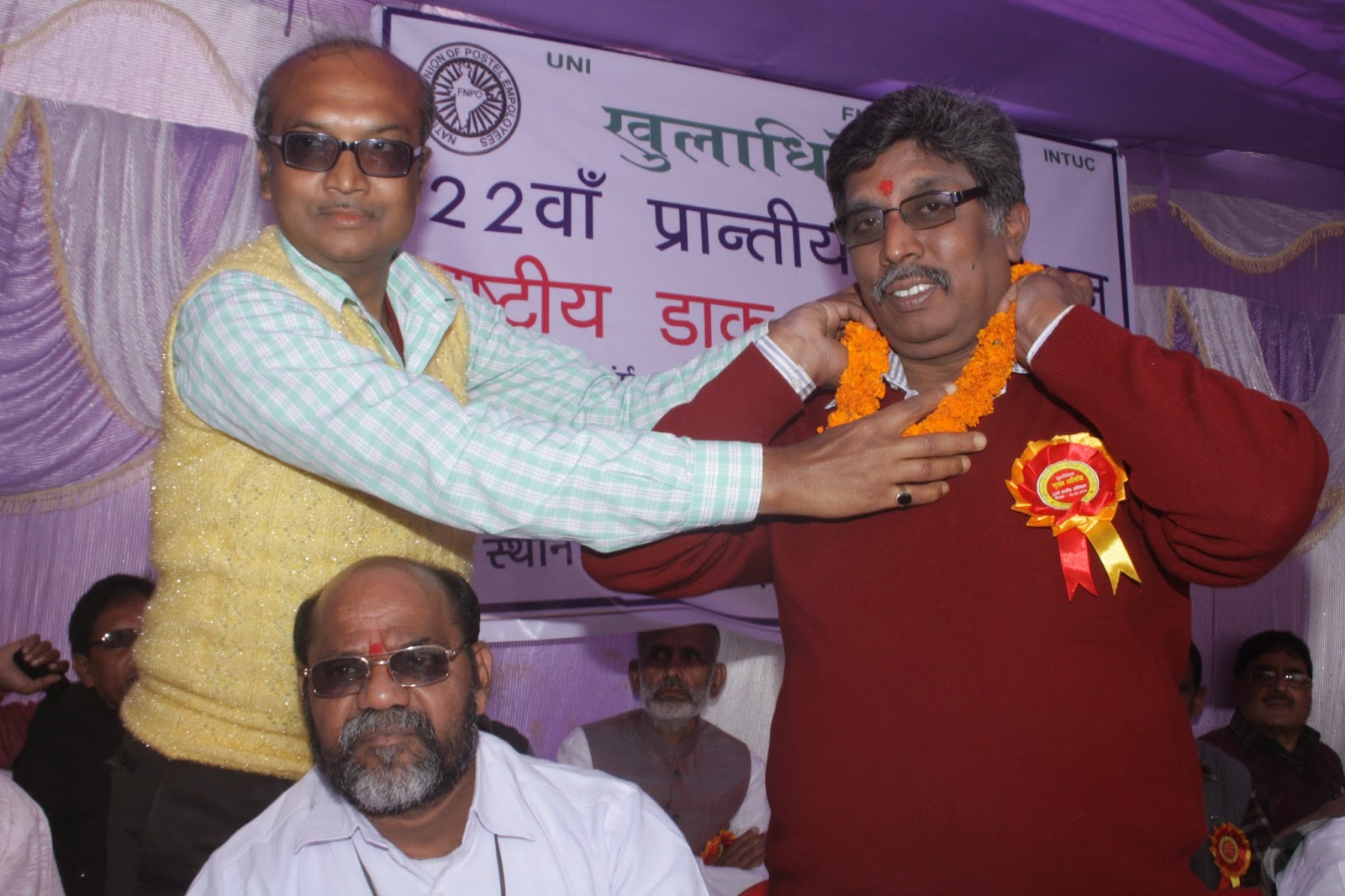 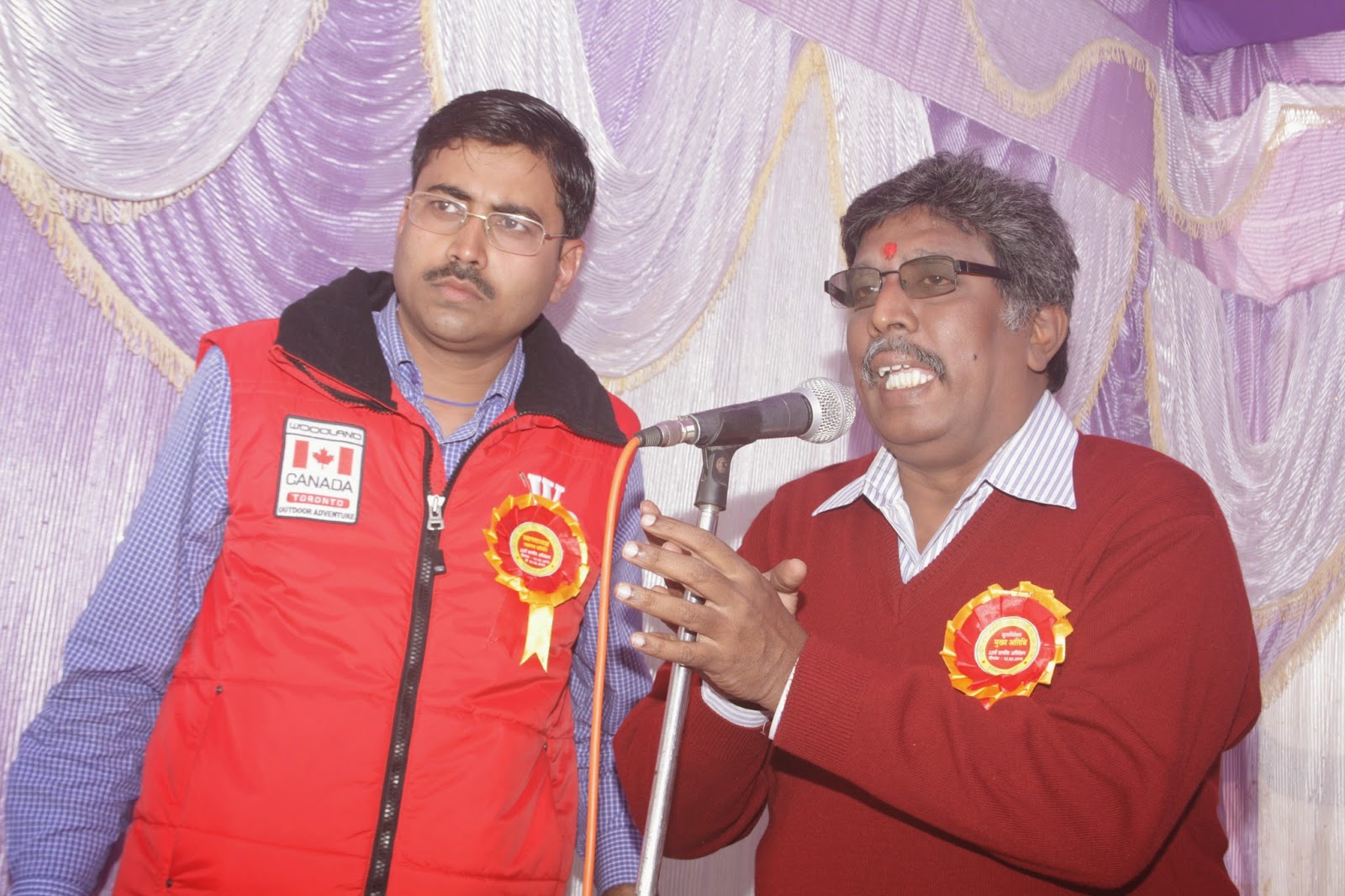 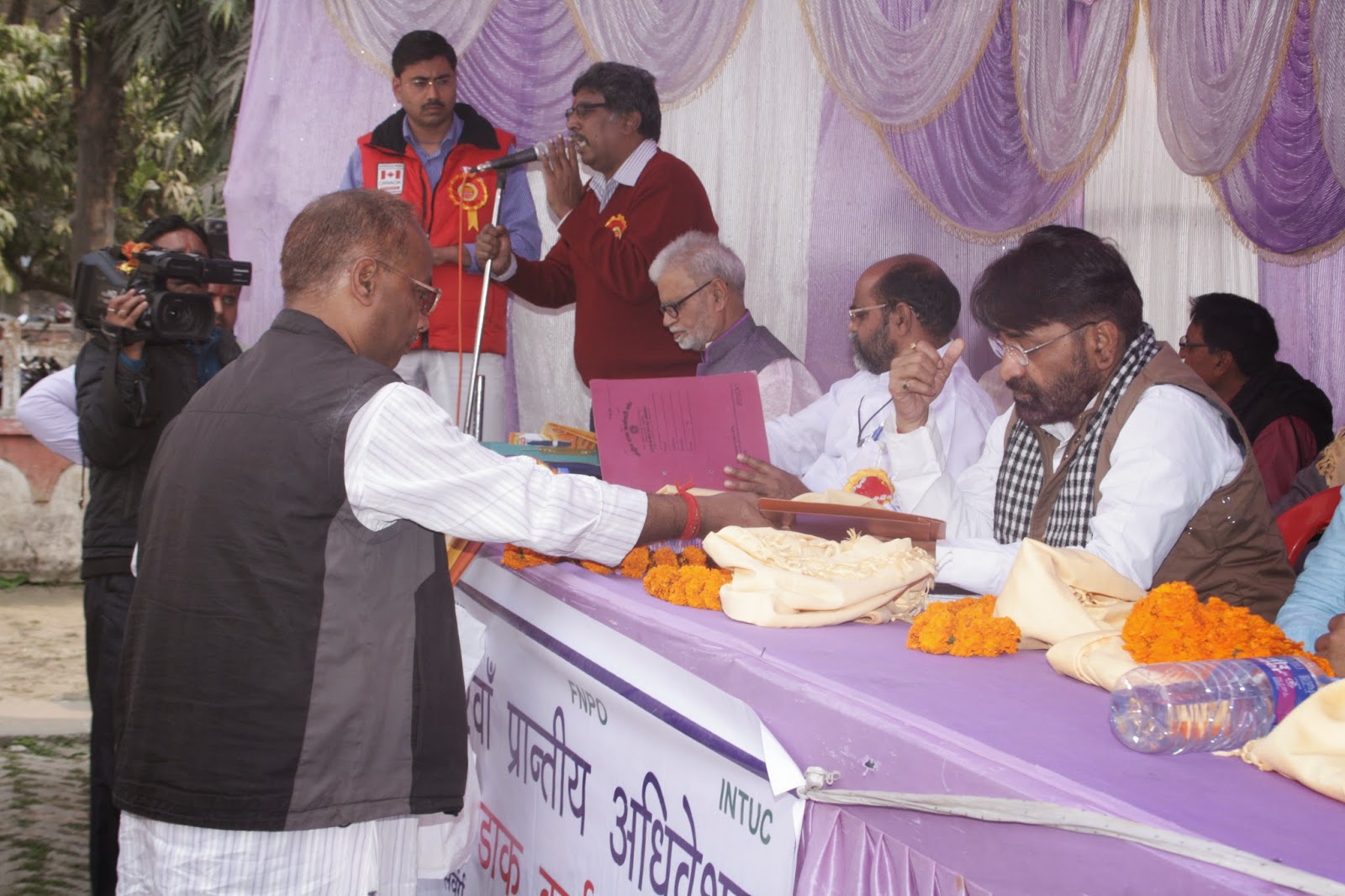 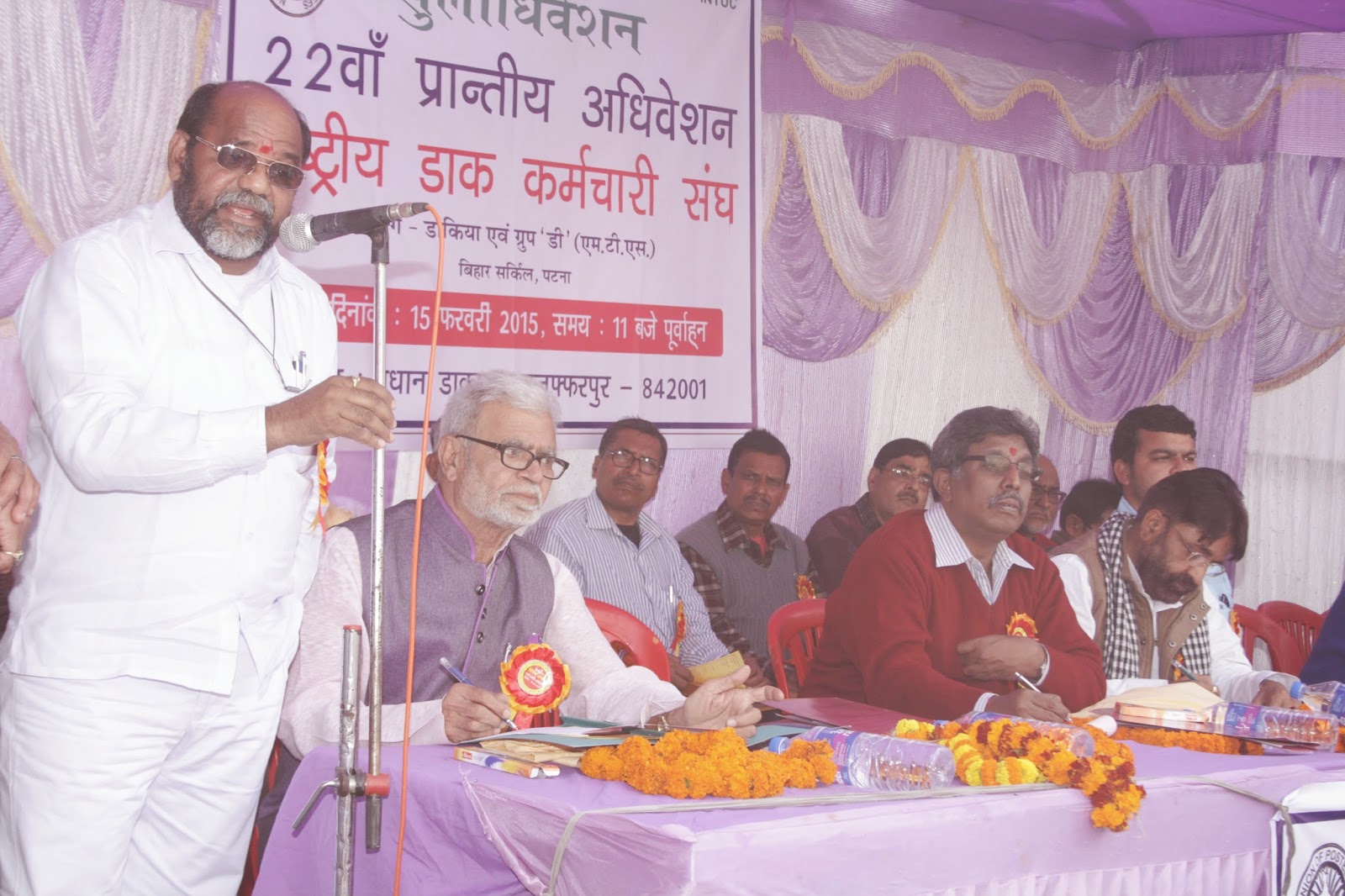 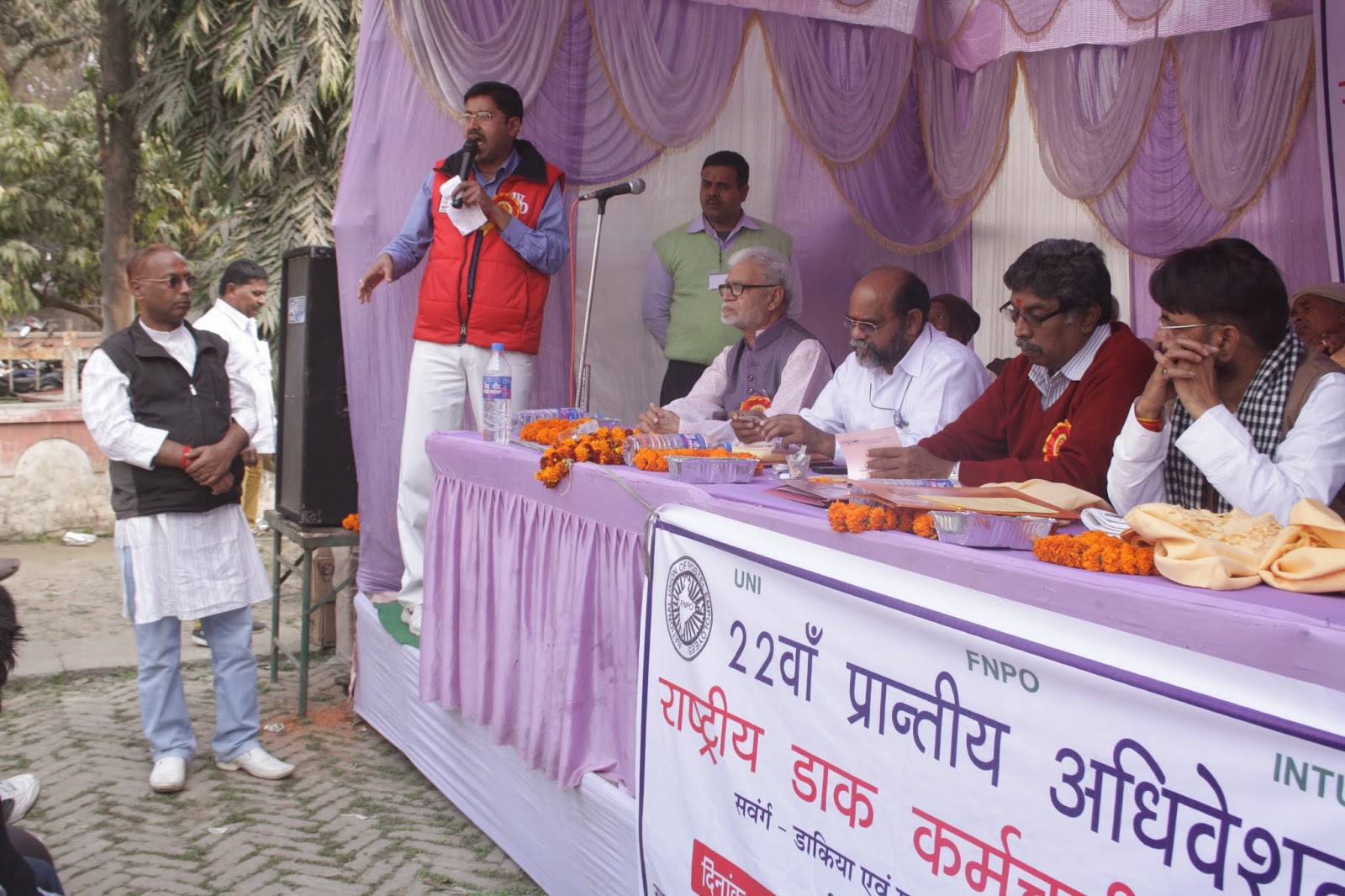 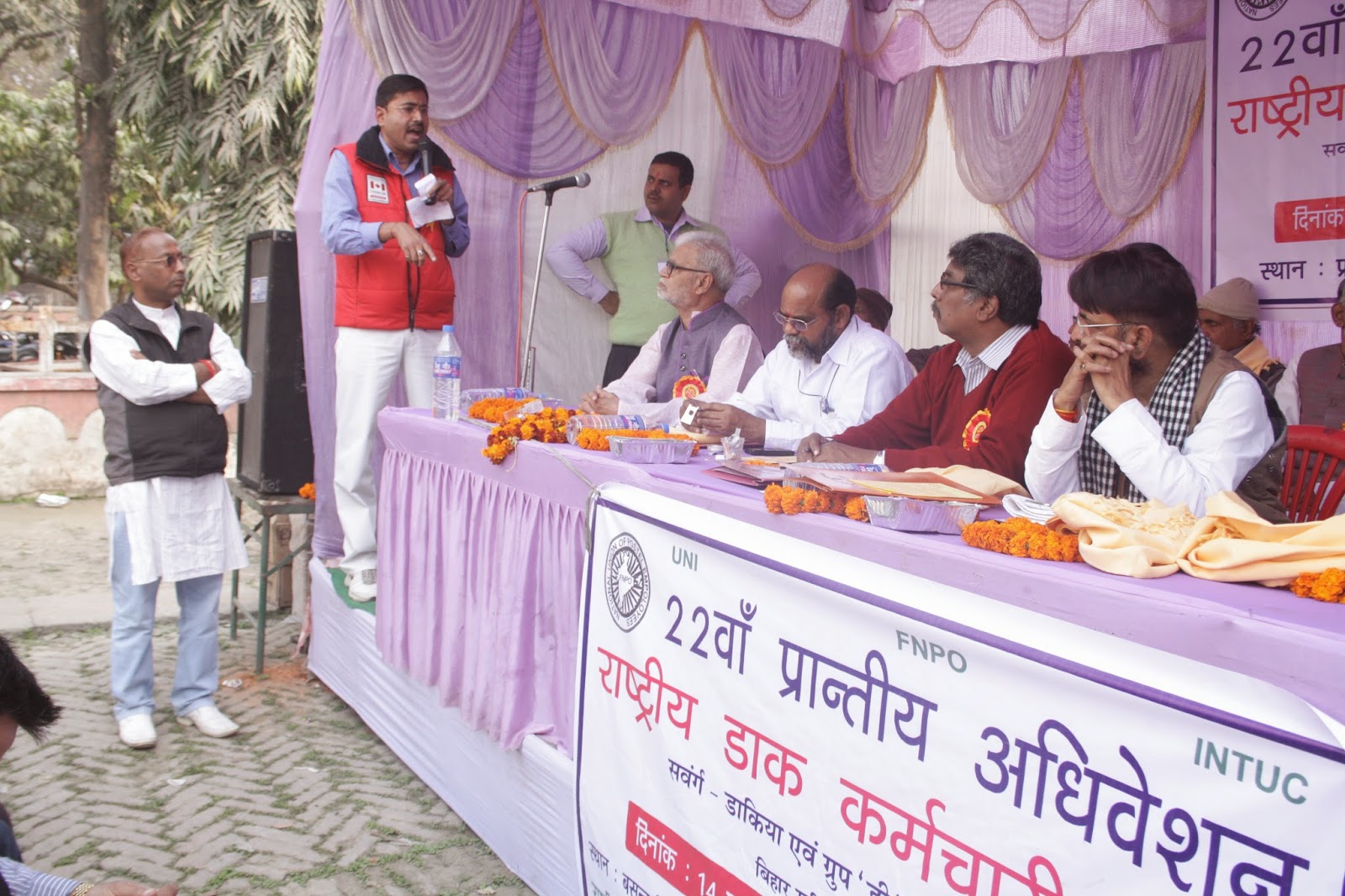 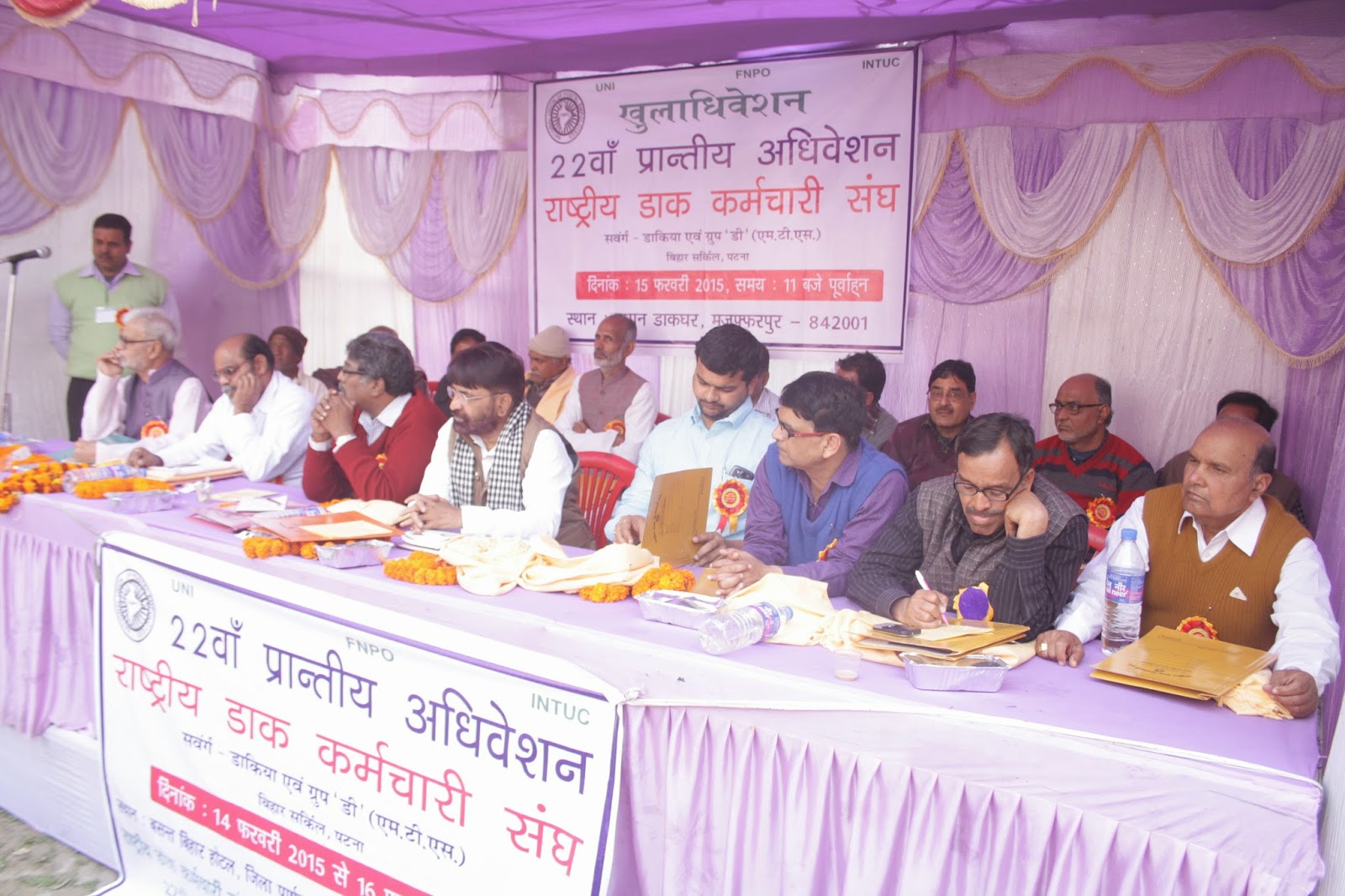 3. DA merger with pay with retrospective effect and payment of Interim Relief to Central Government employees (serving and retired).

5. Transport Allowance be exempted from the purview of Income Tax.

11. Implement agreement for Up-gradation of Apex Group ‘C’ posts to Group ‘B’ Gazetted in Railways.

12. Allotment of higher Grade Pay to the Loco Pilots and Guards.

13. Count Temporary status Casual Labour Service in full as qualifying service for retirement and other purposes.

20. Extend special privileges and facilities for Women employees for their
empowerment.

21. Ensure full implementation of the report of Joint Committee for career
growth of Track Maintainers.

26. Casual Labour acquired temporary status prior to 01/01/2004 should be covered under Liberalised Pension Scheme.

28. Amend Rules for providing employment to Wards of Employees.

31. Cover all Railway employees under Incentive Scheme in Workshops, PUs etc., wherever not covered.

32. Grant parity in Pay Structure for Stenographers in Railways at par with CSS/RBSS.

33. Training Allowance should be revised to 30% of pay in all Training Centres/Schools.

34. Implement agreement on stepping up of pay of Loco Inspectors.

37. Running Rooms should be improved, air-conditioned and upgraded on priority.

38. Grant Project incentive allowance to the staff working in projects on Indian Railways.

46. Provision of single woman Hostel facility at all Divisional Headquarters and important stations.

47. Setting up of a multi-disciplinary training institute for imparting training in rail related electronic technologies for the wards of Railway Employees.

48. Extension of medical facilities to the dependent parents of railway employees.

51. Allot adequate funds for maintenance of Railway Quarters as well as construction of new quarters.

DAY LONG DHARNA IN FRONT OF ALL REGIONAL OFFICES.

INFRONT OF ALL REGIONAL OFFICES IN ALL CIRCLES

MAKE IT A GRAND SUCCESS WITH ENMASS PARTICIPATION

CHENNAI: After introducing auxiliary mail services in an attempt to salvage its sinking fortunes, India Post will now sell biscuits, photo frames and mugs. After opening in Bengaluru and Mysore, Chennai's first Post Shoppe will come up at the head post office on Anna Salai next month.

It will be located next to the multiple counters for postal and banking operations, so that customers can pick up stationery, and more.

"Post Shoppe is aimed at bringing various items of selected utility on sale under one roof. There will also be greeting cards," said Alexander. "Despite the internet, there are still many takers for greeting cards as it makes a difference to the receiver who would cherish it and keep it as a fond memory from a loved one," said Alexander. There was also a plan to have coffee vending machines at the shop, he added.

The postmaster general said the facility would augment the needs of the customer and also add value to the place. "If a customer walks in and finds that he is not carrying a pen, he can quickly get it from the Post Shoppe. And then there are other things he can buy. It is all about customer delight," said Alexander. "In short, it is expected to be a shelf of aesthetics and utility."

After seeing the response in Chennai, India Post will decide whether to replicate the store in tier two cities. Customers are welcome to send in suggestions on the content and feel of Post Shoppe, said an official.

Against the onslaught of email and instant communication using computers and smart phones, India Post has been trying to reinvent itself through a variety of improvised communication services such as e-post, e-money order and e-tracking.