Online marketplace Snapdeal has partnered India Post to jointly work on bringing thousands of weavers and artisans from Varanasi through its website.
Snapdeal has launched a pilot with India Post to set up facilitation desks at Varanasi post offices to enable local weavers to sell on its platform. “This is an endeavour by Snapdeal and India Post to empower local artisans, small and medium entrepreneurs to sustain their livelihood by providing a platform to popularise their indigenous products,” Snapdeal CEO and co-founder Kunal Bahl told PTI. Through this association, weavers will be able to access the national audience by listing their products on Snapdeal at negligible cost, he added. — PTI


Central government employees have got four more months, till April next year, to file details of their assets and liabilities under the Lokpal rules.

The forms for providing such declarations are also being revised by the Centre.

The Department of Personnel and Training (DoPT) today extended the date, from this month-end, to April 30, 2015 for filing the property returns.

The move comes following concerns raised by some bureaucrats regarding putting details of their assets and liabilities, including that of their family members, in public domain.

The DoPT has also formed a committee to look into the babus' concerns. The committee has submitted its first report, recommending simplified formats for declaration of movable property, debts and other liabilities.

The DoPT had in September notified the Public Servants (Furnishing of Information and Annual Return of Assets and Liabilities and the Limits for Exemption of Assets in Filing Returns) Amendment Rules, 2014, extending the date for the filing of returns to December 31.

As per the rules, every public servant shall file the returns of his assets and liabilities, including that of his spouse and dependent family members, on March 31 every year on or before July 31 of that year.

For the current year, the last date for filing these returns was September 15, which was later extended to December-end and now till April 30, 2015.

The declarations under the Lokpal Act are in addition to similar ones filed by the employees under various services rules.

All Group A, B, and C employees are supposed to file a declaration under the new rules. There are about 26,29, 913 employees in these three categories, as per the government's latest data.

The existing form for filing this return has fields for mentioning details of cash in hand, bank deposits, investment in bonds, debentures, shares and units in companies or mutual funds, insurance policies, provident fund, personal loans and advance given to any person or entity, among others.

The employees need to declare motor vehicles, aircraft, yachts or ships, gold and silver jewellery and bullion possessed by them, their spouses and dependent children.

The DoPT has asked all central government ministries, departments and cadre controlling authorities to issue necessary order for their respective employees to ensure compliance of its order

25.12.2014
INCENTIVE TO THE STAFF PERFORMING IMTS TRANSACTIONS IN POST OFFICES. 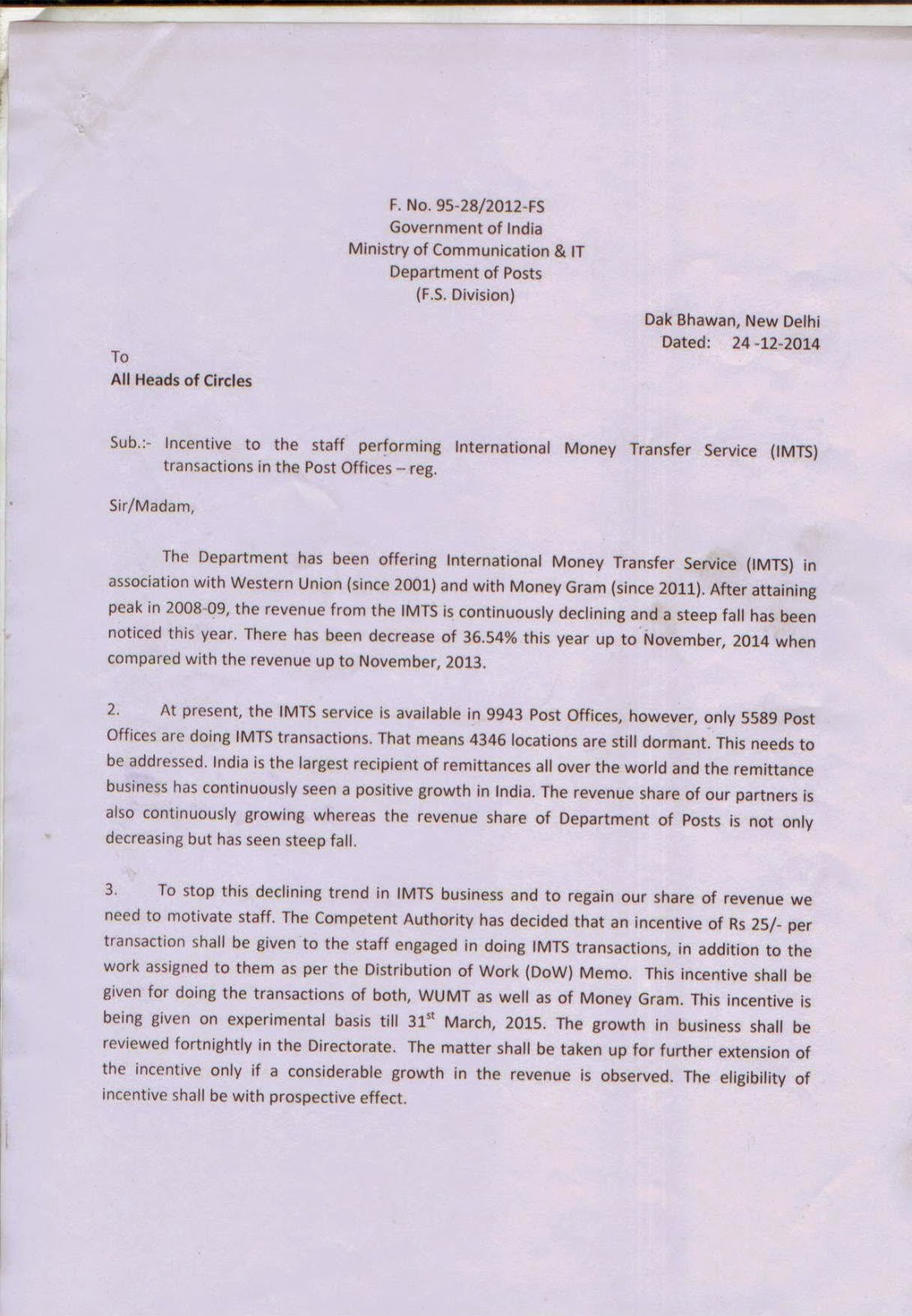 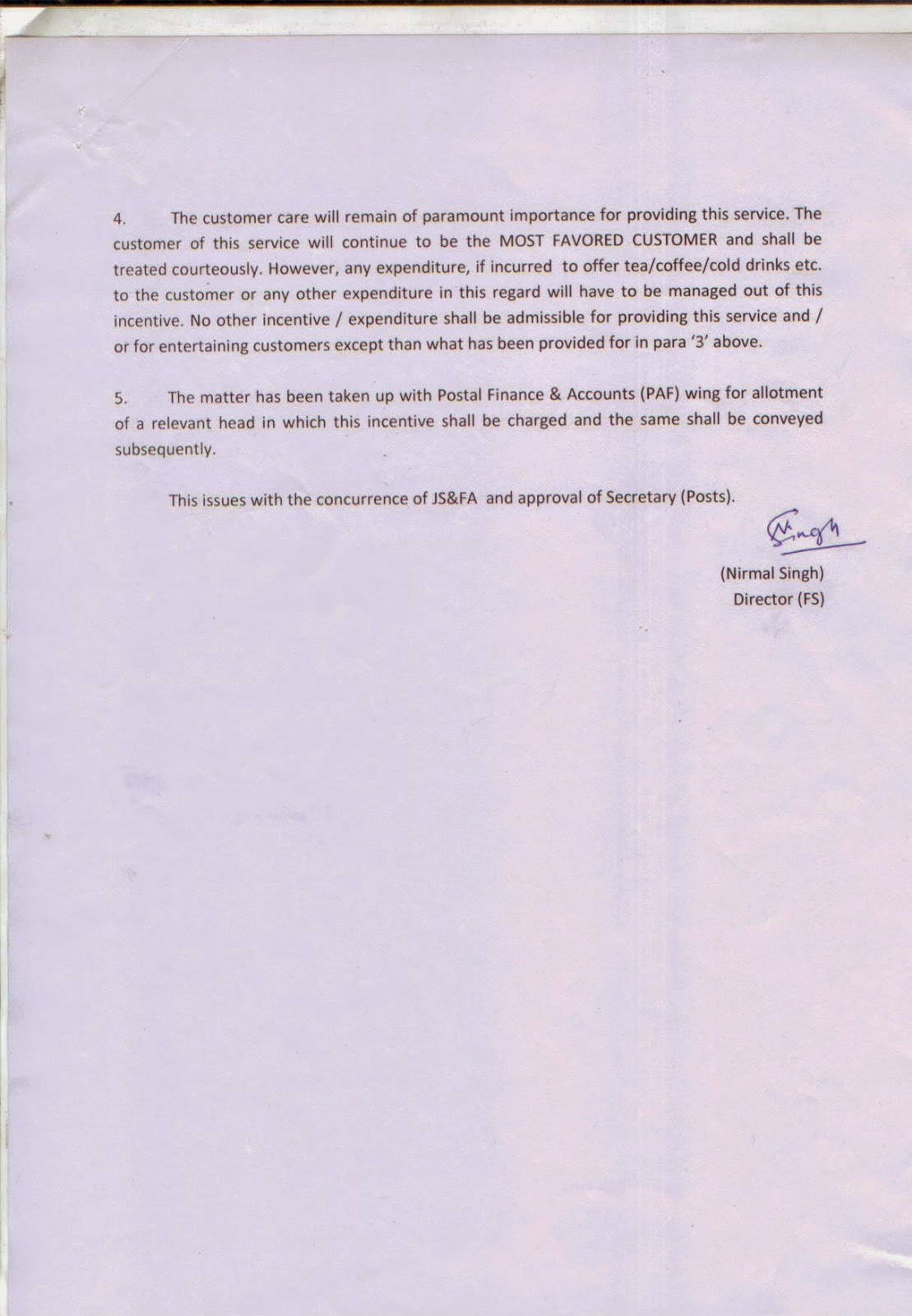