The CWC of NAPGroup C  Karnataka Circle held from 01.03.2020 in Bangalore. As a part of the program the grand felicitation was organised to Sri B Shivakumar on his being elected as Secretary General FNPO. Later the CWC continued . Sri B Shivakumar Secretary General welcomed and addressed CWC on various issues .
Sri  D. Thegarajan addressed and clarified many issues on cadre restructuring..
Chitrasena NUGDS president CHQ adressed and stressed the need for to work together forforth coming membership verification.
Later Sri B Shivakumar tendered his resignation to the post of CWC NAPE group C Karnataka and proposed the name of Sri.S Khandoji Rao to the post of Circle Secretary NAPE group C  Karnataka Circle. The house unanimously elected Sri Khandoji Rao as CS.
Further various important issues deliberated and it was a very fruitful.discussion. 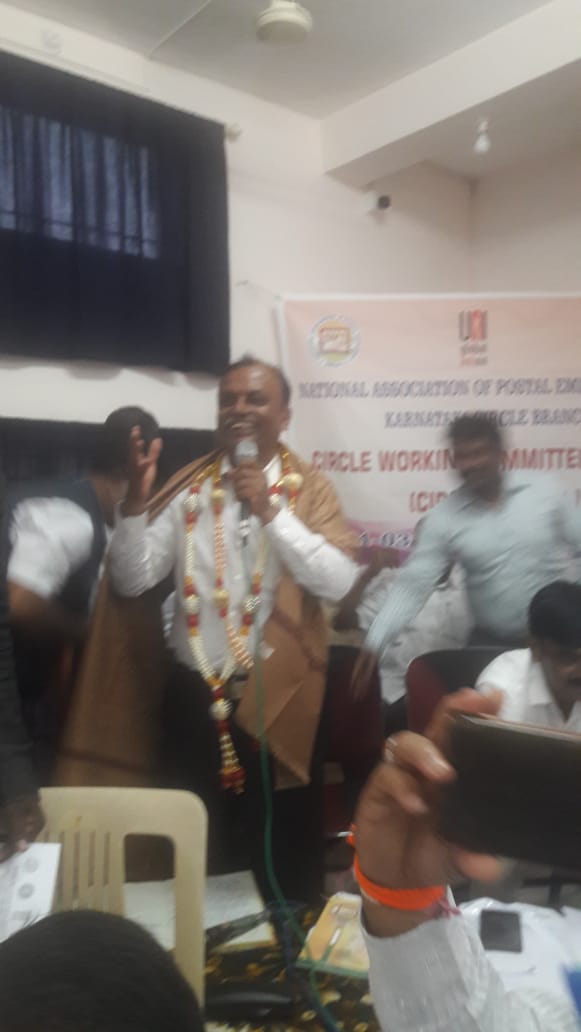 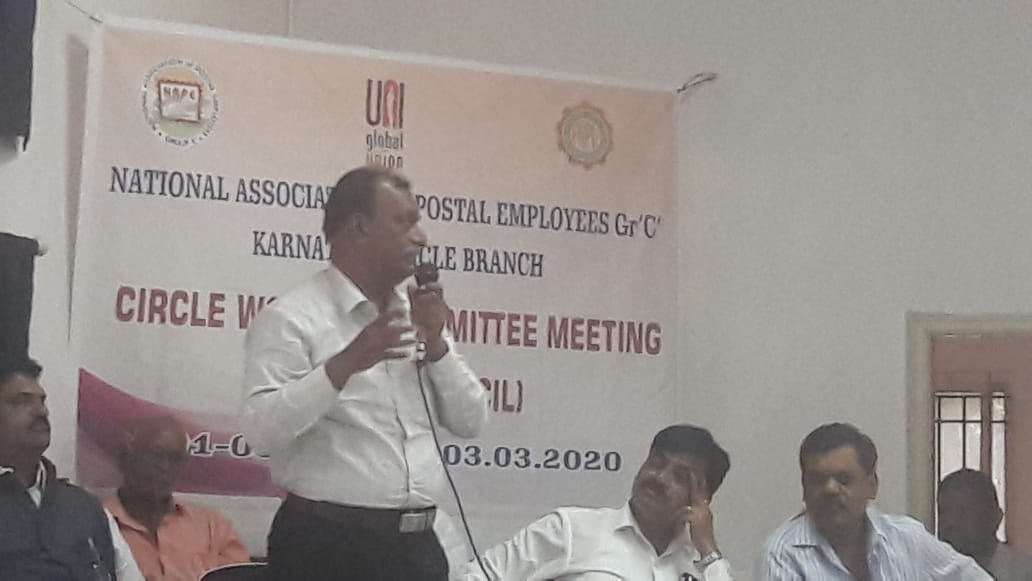 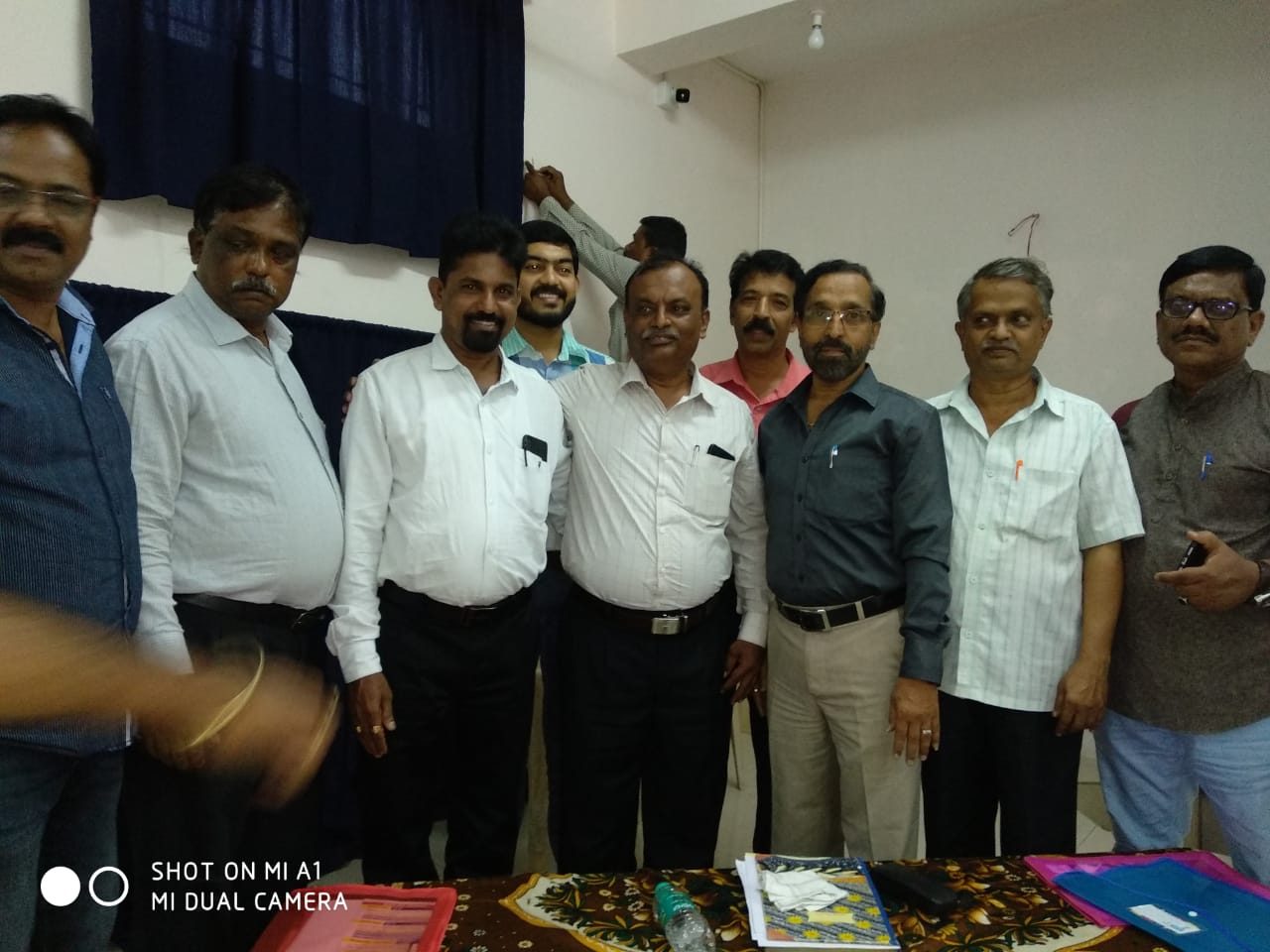