Restrictions on cash withdrawals may continue beyond December 30

NEW DELHI: Restrictions on withdrawal of cash from banks and ATMs are likely to continue beyond December 30 as currency printing presses and RBI have not been able to keep pace with the demand of new currency notes.

As the 50-day deadline for completion of demonetisation+ process draws near, there is a growing consensus among bankers that the restrictions on withdrawal would have to continue even in the New Year so as to maintain orderly working at the banks.

Banks at many places are not in a position to disburse even the current limit of Rs 24,000 per week due to cash crunch and are rationing the valid currency depending on cash availability.

If this limit is withdrawn for individual and businesses from January 2, it is unlikely that banks would be able to disburse the higher demand for valid currencies given the current cash position.

"Most of us think that the withdrawal limit would not be completely withdrawn. It is a possibility that it could be relaxed if the cash situation improves," said a senior public sector bank official.

At a time when banks are struggling to meet the demand of individual customers, it would be impossible to service MSME and big corporates which requires cash in large quantity, the official said, the practical way would be to relax it gradually.

Recently, SBI Chairperson Arundhati Bhattacharya had also indicated that restriction on withdrawals cannot be lifted entirely unless more cash is made available to banks.

After the demonetisation of high-value Rs 500/1000 notes, the government has fixed a limit of Rs 24,000 per week on withdrawal from bank accounts and Rs 2,500 per day from ATMs in view of the currency crunch that followed.

The government and RBI has not specified when the restrictions will be withdrawn. Finance Secretary Ashok Lavasa had said the withdrawal cap would be will be reviewed after December 30
Even bank unions are also of the opinion that the restrictions cannot be done away with in one go. In all likelihood the restriction on withdrawal would continue for some more time in the best interest of banks as well as customers at large, said All India Bank Officers'

The situation of currency supply is known to everyone and it would be difficult to lift the limit from January 2, Singh said, adding that SME and small businesses are waiting for cap to go so that they can withdraw as per their requirement.
Source Times of India.

Read below seasonal message of thanks to all affiliates from UNI Global Union General Secretary Philip Jennings and Deputy General Secretary, Christy Hoffman
"Dear Colleagues,
The ancient ironic Chinese saying, “May you live in interesting times”, is an apt description of what we have experienced in 2016. From Brexit, through the neo-liberal wave sweeping across Latin America, to Korea and Trump’s election, 2016 has thrown up one crisis after another. No continent, country, or worker has been left unmoved by a globalization seemingly hell-bent on following the path to the bottom, by growing the income and inequality divide. Do not be in any doubt that UNI Global Union and its affiliates are ready to meet these challenges as we approach a new year, a traditional time of renewed hope. We have an obligation and a desire to stand up for working people, where-ever they are and however they may have voted.
Let’s not forget that in amongst the doom and gloom has been the shining example of Colombia, which, greatly aided by our Colombian affiliates, has chosen the path to peace. Colombia was the final destination this year for a successful cycle of UNI regional conferences. Starting with UNI Apro in Kuala Lumpur, this year has seen a series of brilliant conferences including UNI Europa’s in Rome in March and UNI Americas’ in Medellin in December. The cycle of regional conferences will be completed in March at UNI Africa in Dakar, Senegal. To all our affiliates who have been involved in these flagship events - a huge thank you.
In 2016, the world took notice that inequality is bad for economies, investment and jobs. Inequality is leading a descent into the ugly divisive populism of the extreme right. We know the size of the challenge - the results of the Brexit referendum and Trump’s election either side of the Atlantic, shocked the world and has plunged us into a spiral of economic and political uncertainty.  These protest votes - nourished by hate, xenophobia and rage against a political elite which ignores the needs of the people – show the risks of division.  The rise of inequality has shown how pertinent our inclusive call of “Including you” has been over recent years. We must be wary of populism, reject hate and reject terror. With these multiple challenges and the false claims that the era of globalisation is over our work was never more important or vital.
Around the world, we have seen a closing of democratic spaces and we must continue to Break Through for union growth, organising and freedom. We look forward to facing the major challenges of 2017 together. The run-up to the new year is not only a time of quiet reflection, but a moment to form new resolutions for the up-coming year. UNI’s resolution is simple – we will continue our commitment to workers’ rights as an inalienable part of their human rights.  We can overcome the obstacles; we have the leaders, we have the ideas, we can grow unions and we will Make It Happen on the road to our UNI Global World Congress in Liverpool in 2018.
The UNI Global Union family joins together to send our heartfelt condolences to the victims of terror in 2016, including the most recent attacks this week. We also send sincere messages of solidarity to two embattled and inspirational figures, Brother Han, the head of the KCTU in Korea facing three years in jail for exercising his democratic right to protest and our own UNI Global President, Ann Selin who is bravely fighting illness.
I would like to end this year by thanking you all for your support in realizing our common goals. I also wish to thank you all, brothers and sisters, for your determined struggle to build an equal global society built on social inclusion, fairness and democracy.
We wish you all a peaceful and restful holiday period and a happy, successful 2017."
Yours in solidarity,
Philip Jennings & Christy Hoffman 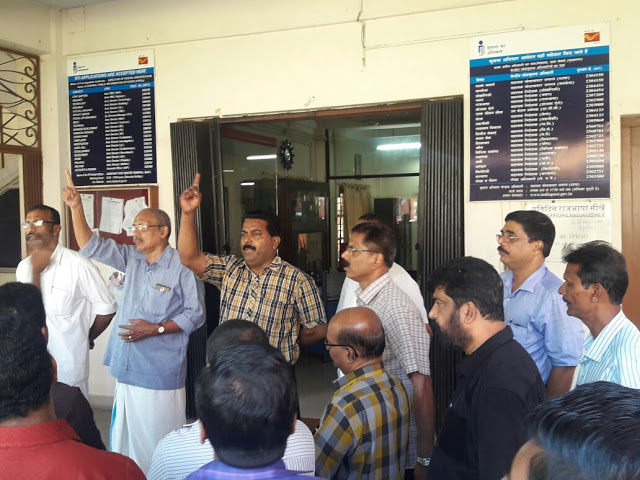 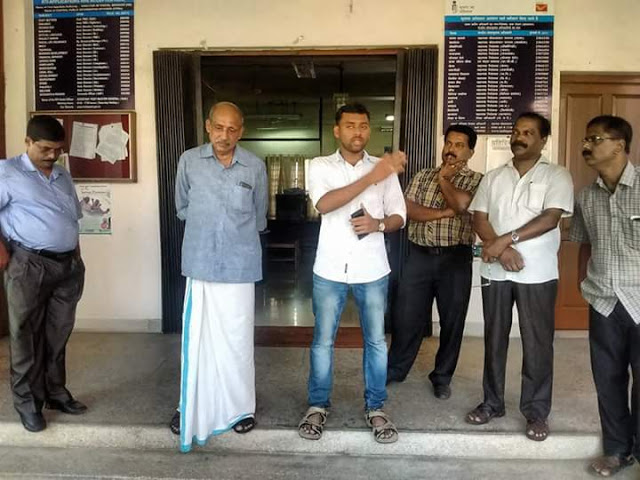 FNPO KERALA Circle leaders giving memorandum to secretary to Governor as he is on tour. 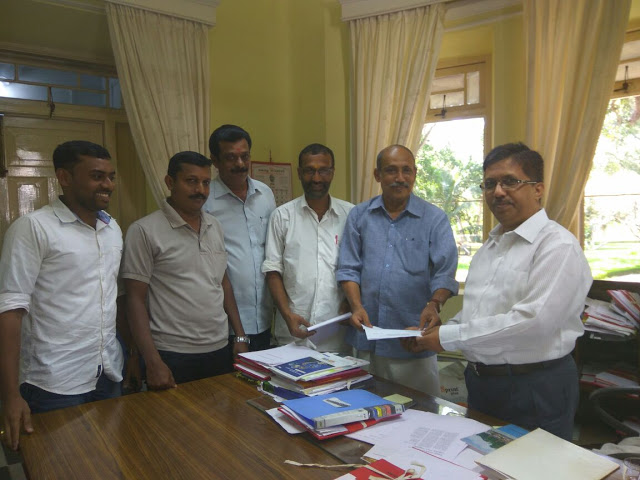