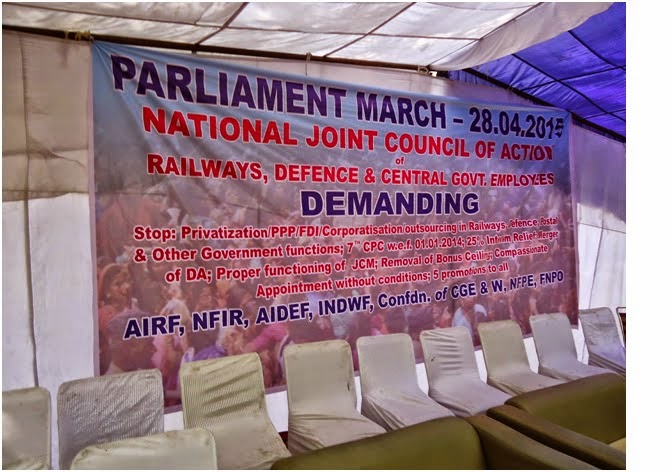 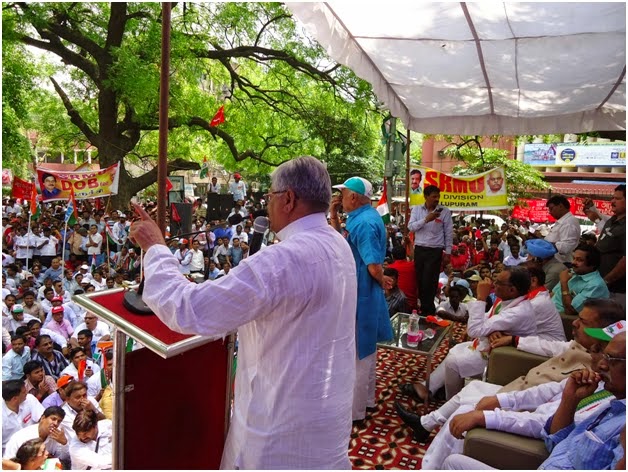 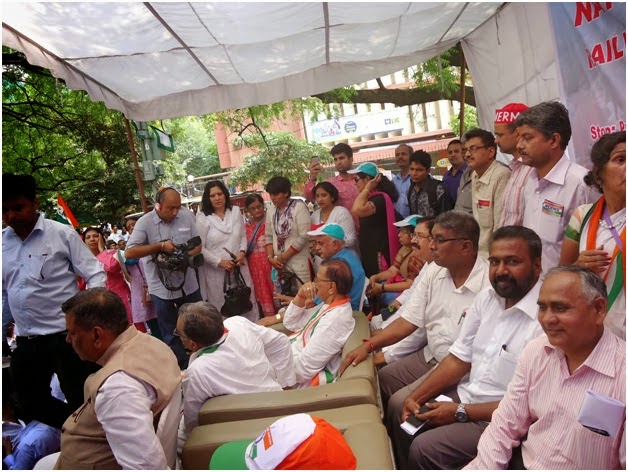 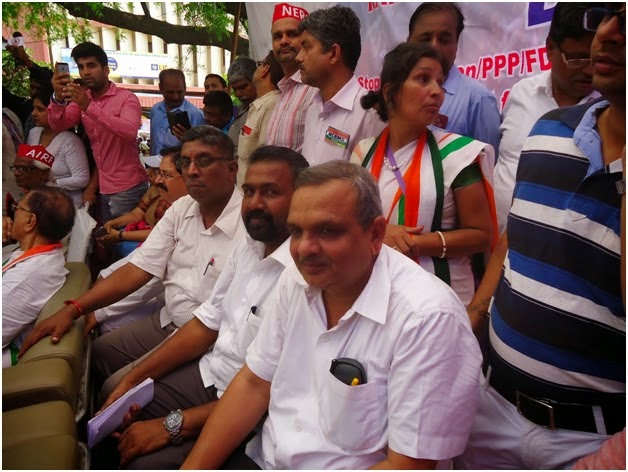 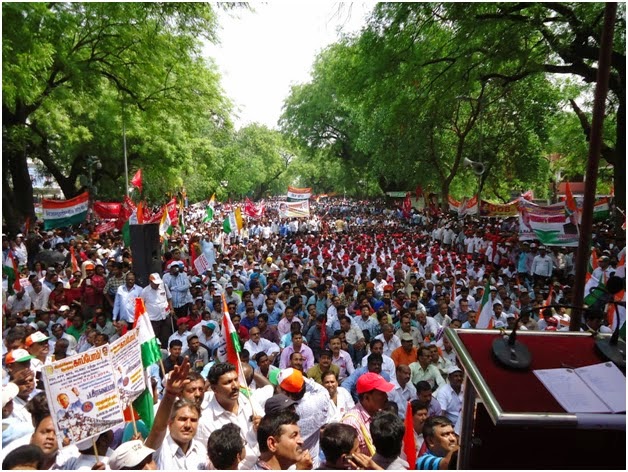 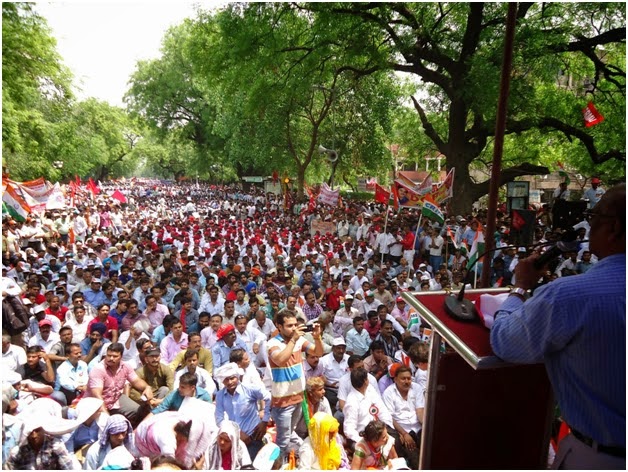 
No.08/07/2014-SR
Government of India
Ministry of Communications & IT
Department of Posts
(SR Division)

Subject:-       Meeting with PJCA (comprising of NFPE & FNPO)  under the Chairpersonship of Secretary(Posts).

It has been decided to convene a meeting with the representatives of Postal Joint Council of Action (PJCA) to discuss their Charter of Demands.  The meeting will be held on Thursday, the 30th April, 2015 at 1100 hrs. in the G.P. Roy Committee Room under the chairpersonship of Secretary (Posts).

Kindly make it convenient to attend the meeting. The meeting will be followed by lunch.

(D.K.Solanki)
Under Secretary  to the Government  of India.

Central Government employees, who are planning a demonstration near Parliament on Tuesday demanding scrapping the New Pension Scheme and raising the bonus limit, have decided to go on an indefinite strike from November 23 if their demands are not met.
“If the demands are not met, then the joint action committee has decided to go for an indefinite strike from November 23. The strike will include the railways, postal and other departments as well,” Shivagopal Mishra, convener of the joint action committee, told BusinessLine.
They also demand redressal of pending anomalies in the Sixth Central Pay Commission, interim relief, scrapping foreign direct investment and public private partnership schemes, filling of vacancies, and amendments in labour laws, among others, according to a release.
The India Railway Men’s Federation, National Federation of Indian Railwaymen, All India Defence Employees Federation, National Federation of Postal Employees Federation, and Confederation of Central Government Employees will take part in the demonstration, said Mishra said.


1)Prime Minister Narendra Modi on Sunday said India stands with Nepal in its time of sorrow following the massive quake and will do its best to wipe the tear of every Nepali, hold their hand and be with them in this hour of tragedy.

2)7th pay commission pay revision expected to be made this year : Finance Minister
The recommendations of the 7th Pay Commission on pay revision of the central government employees is expected to be submitted to the government this year, the Lok Sabha was today informed.
Responding to a supplementary, Finance Minister Arun Jaitley said, ”Additional Ten cent revenue share for the state being provided by the Centre from this year and the recommendations of the pay commission– that are expected to be made this year– are bound to put additional burden on the fiscal situation.”
“Keeping this in mind, we have opted to extend the deadline from two to three years for attaining the targeted mark of fiscal budgetary deficit,” he said.
Presently, the government’s annual income is around Rs 11.5 lakh crore against the expenditure of around Rs 17.5 lakh crore leaving a budgetary deficit of about Rs 5 lakh crore. – UNI.

4)Tax Relief To Family Members of Differently Abled
Press Information Bureau
Government of India
Ministry of Finance
24-April-2015
Tax Relief To Family Members of Differently Abled
Section 80DD of the Income Tax Act, 1961, inter alia, provides for a deduction to an individual or HUF, who is a resident in India, and
• Incurs expenditure for the medical treatment (including nursing), training and rehabilitation of a dependant, being a person with disability; or
• Pays any amount to LIC or any other insurer in respect of a scheme for the maintenance of a disabled dependant.
The section provides for a deduction of fifty thousand rupees if the dependant is suffering from disability and one hundred thousand rupees if the dependant is suffering from severe disability.
“Dependant” in the case of an individual, has been defined to mean the spouse, children, parents, brothers and sisters of the individual or any of them, and in the case of a Hindu undivided family, a member of the Hindu undivided family, if such person is dependant wholly or mainly on such individual or Hindu undivided family for his support and maintenance.
In view of the rising cost of medical care and special needs of a differently abled person, Finance Bill, 2015 proposes to amend section 80DD of the Income-tax Act so as to raise the limit of deduction in respect of a person with disability from fifty thousand rupees to seventy five thousand rupees and in respect of a person with severe disability, from one hundred thousand rupees to one hundred and twenty five thousand rupees.
This was stated by Shri Jayant Sinha, Minister of State in Ministry of Finance in written reply to a question in the Lok Sabha today.