No Interviews For Govt Jobs From Jan 1; Skill Test May Continue: DoPT
New Delhi: All central government ministries and their Public Sector Undertakings (PSUs) were today told to dispense with the requirement of interviews for selections at junior level posts within next two days, however, they may continue with skill or physical test.

The timeliness set regarding completing the process of the discontinuation of interview by December 31, 2015 has to be adhered to strictly, a communique sent by Department of Personnel and Training (DoPT) to secretaries of all central government ministries said.

From January 1, 2016, there will be no recruitment with interview at the junior level posts in government of India ministries, departments, attached and subordinate offices, autonomous bodies and PSUs.
“All the advertisement for future vacancies will be without the interview as part of the recruitment process,” it said.
The decision to discontinue interview for recruitments is for all Group C and non-gazetted posts of Group ‘B’ category and all such equivalent posts, the DoPT said.
“It is also clarified that as skill test or physical test is different from interview, they may continue. However, these tests will only be of qualifying nature. Assessment will not be done on the basis of marks for such tests,” it said.
In case of specific posts where the ministry or department wants to continue undertaking interview as a process of recruitment, a detailed proposal seeking exemption will have to be sent to the DoPT with the approval of the minister or minister-in-charge.

The ministries have been asked to send a consolidated report to the DoPT by January 7 in this regard.

“Report so to be furnished with the approval of the minister or minister-in-charge shall include the details of the name and number of posts where the interview is discontinued and posts for which the exemption has been sought within the purview of the administrative ministries or departments,” the order said.

Similarly, the Department of Public enterprises has also asked all ministries to advise PSUs under their administrative control to adopt a revised mechanism of recruitment for the non-executive level posts by dispensing with the practice of interview. 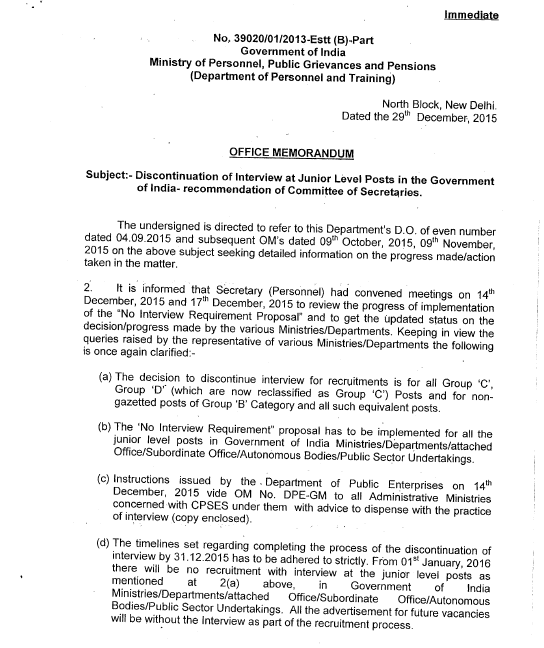 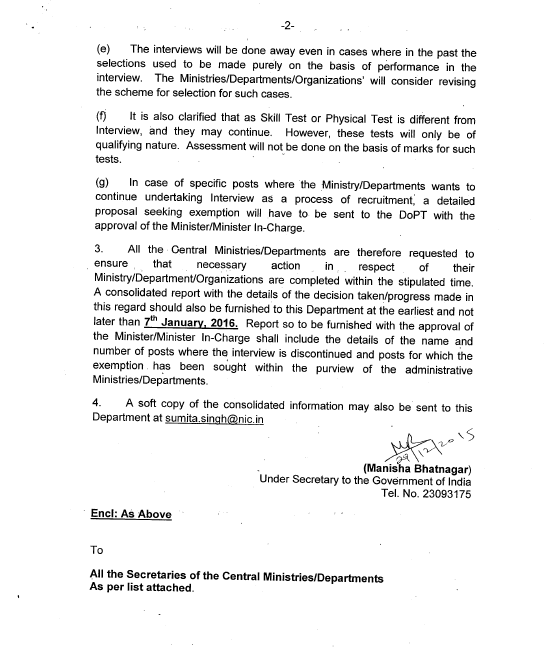 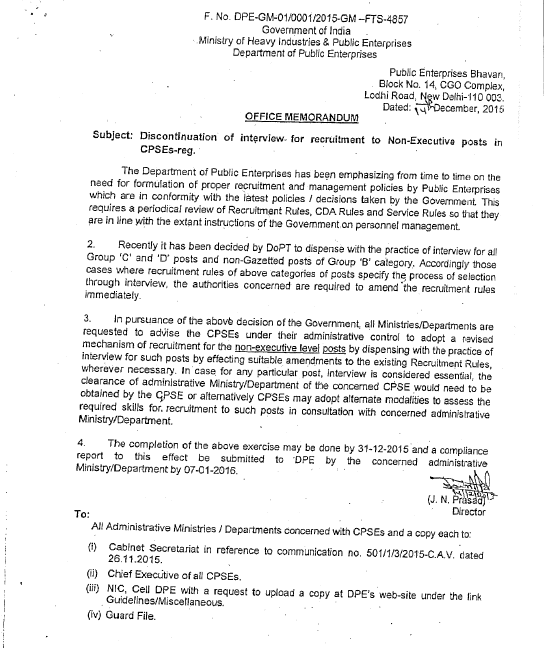